Up to 60% Off
Outdoor Seating

Here's the deal, I am 14 and am getting into engines and lawn tractors. I have a friend who has a 1993 Craftsman GT6000 with an 18 HP Kohler engine. We know this shop that is going out of business and we are both going to purchase a tractor from it. He is getting another GT6000 (1991) and I already got a 1982 Work Horse by Wheel Horse tractor. I am unsure of the model number, I know it has a B&S engine, I think 18 HP but it doesn't say. It is a 2 cylinder. The thing is, his current GT6000 the 1993 is having a steering problem, if you turn to the left there is a clank and the steering wheel locks up, it just started happening out of the blue the other day. He uses this tractor to plow dirt/snow and to pull his trailer which usually has over 500 LBs of "suff" in it. We looked under and he pulled off a bushing from somewhere around where the bar from the steering wheel meets a metal plate with teeth to turn the wheels. It looked like this bushing was broken but we are unsure. Does anyone have any ideas?

Also as a quite side note, the 1991 Craftsman he is getting has a mowing deck which his current one doesn't. He is going to be using the 1991 one to mow and the 1993 to do the blading/towing. He doesn't want to tow the trailer with the 1991 because he doesn't want to bend the hitch like he has on the 1993. For now I am letting him use my Wheel Horse, but I don't really like the idea of all the hours and abuse he is putting on it.

REMODELING GUIDESHouzz Tour: Turning a ’50s Ranch Into a Craftsman Bungalow
By Fred Albert
With a new second story and remodeled rooms, this Maryland home has plenty of space for family and friends
Full Story
183

MOST POPULARRoom of the Day: A Dream Bathroom in 90 Square Feet
By Annie Thornton
A master bathroom in an L.A. historic district features modern amenities and timeless details that tie it to past and present
Full Story
122

ARCHITECTURERoots of Style: Ranch Architecture Roams Across the U.S.
By Steven Corley Randel, Architect
Great remodeling potential and generously spaced sites make ranch homes ever popular. Is one of the many variations right for you?
Full Story
52

SMALL SPACESLife Lessons From 10 Years of Living in 84 Square Feet
By Mitchell Parker
Dee Williams was looking for a richer life. She found it by moving into a very tiny house
Full Story
288

FARMHOUSESHouzz Tour: German Tradition Deep in the Heart of Texas
By Mary Jo Bowling
Rooted in architecture from the 1800s, this award-winning home mixes history with the vernacular of today
Full Story
101

REMODELING GUIDES10 Elements of the Just-Right House
By Bud Dietrich, AIA
The World Series, Moneyball and the smart house: The case for smaller homes rich in character and function over the big and bland
Full Story
20

HOUZZ TOURSMy Houzz: An 1874 Cabin Completes a Rustic Oregon Home
By Sarah Greenman
It took 10 years and a hand-hewn log cabin to build this labor of love. See the results of one couple's patience and vision
Full Story
63 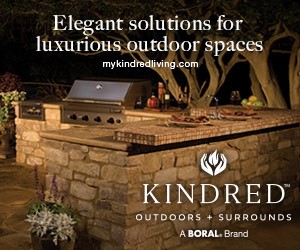