Did they glue a flower onto my cacti?!?!

I bought a dish garden from a box store. (I have no idea what kind of cacti are in it. although they all look nice and SEEM healthy.)

Anyhoo, one has a purplish flower on it. My wife (after I bought it, natch) says "Hey, what's all that goo underneath the flower? Did they GLUE it on?"

Do nurseries do this? How will this affect the plant, and will I be able to take the flower off once it wilts?

Also, I noticed the stones on top of the soil are glued together. How am I to check the soil to see if it's dry? Should I chip a bit off, or remove them altogether?

Finally- no water until spring, right?

MOST POPULARThe Easiest, Most Versatile Cake Stand You'll Ever Make
By Rikki Snyder
Show off sweet somethings and your own impressive handiwork — just don't let on how little effort it took
Full Story
109

LIGHTINGSo You Bought a Cave: 7 Ways to Open Your Home to Light
By Alison Hodgson
Make the most of the natural light your house does have — and learn to appreciate some shadows, too
Full Story
127

ENTERTAININGA Place for Everything: Beautiful Ways to Style Your Table
By Lox & Smith
Polish your silver and pull out your china as we look at how tables were laid out traditionally and how they shine now
Full Story
110

DIY PROJECTSNeat Little Project: A Wooden Planter to Hang Anywhere
By Chris Hill
Dress up a drab wall or window with this planter box you make yourself. Or just set it on a patio for the easiest 'installation' of all
Full Story
11 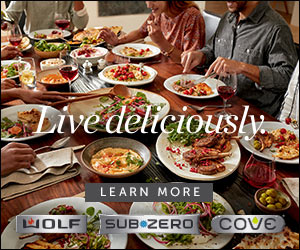