A New Farmer's Market for those who may be interested:

Demand for fresh, safe products and friendly experiences nurtures a new crop of farmers markets across the Ozarks.

On a sunny afternoon last week, Pam Coticcio, son William and daughter Kei Lani showed off the tulips and other flowers in their greenhouse, exuding an enthusiasm for gardening that's common in the Ozarks.

The Coticcios garden for more than personal pleasure, or to make their home in Elk Valley near Ozark look pretty.

They are vendors at two area farmers markets.

A member of the Greater Springfield Farmers Market for the past few years, Pam Coticcio has branched out this year by joining the new Ozark Square Farmers Market.

Likening it to the process of coaxing a tiny seed into a healthy plant, Coticcio isn't expecting instant success for the new farmers market. It set up for the first time Thursday evening on the courthouse square in Ozark.

While the Ozark market is among the earliest to open, others including the Springfield farmers market, the area's largest Â won't be far behind. They continue to grow in size and popularity, spreading to more communities.

"Everybody just needs to stick with it and be consistent for a couple of years," she said of creating a healthy farmers market. "It will probably take two or three years for it to take off."

Gehring, who provides advice on how to participate in the state farm market program, said there seems to be a healthy crop of new farmers markets like the one at Ozark.

Last week, she went to Stover to help people there organize their farmers market.

"I think the trend is increasing Â that more people are becoming interested in farmers markets," she said. "The consumer interest is there."

Food scares over contaminated spinach from California and even the recent pet-food scare have prompted many people to look toward farmers markets for their produce. But there's more to it than that, Gehring said.

"The other part is the relationship they can build with the growers," she said.

On a chilly, gray evening, Coticcio and her daughter set up a tent on the courthouse lawn's west side, along with fellow vendors Mary Virnig, who sold flowers, and baker Sherry Meeks.

Vernig and Meeks said they're also willing to spend the time needed to make the new farmers market grow.

Although it was too cold for bluegrass musicians who jam at the courthouse gazebo, there were customers like Gail Sims, who works just down Second Street at the Persimmon Tree gift shop.

Wearing a heavy coat and gloves, she purchased an armload of baked goods from Meeks Â and was the first customer at the farmers market.

"It's wonderful, I think it's absolutely wonderful," she said of the market.

The market does more than mesh with a growing interest among many people in locally grown food, she said.

A farmers market might increase patronage at other businesses on the square, she said.

"A good attendance would encourage the merchants to stay open late," she said.

The price of toil

Considered the biggest in the area, the Greater Springfield Farmers Market will begins its Tuesday-Thursday-Saturday schedule next weekend.

It's been around for 29 years, and is the largest Class A farmers market in Missouri where only vendors who produce their own products are allowed to sell.

Pam Coticcio, who attended meetings organized by Ozark Main Street executive director Robert Snook, said before the opening session at Ozark she is enthusiastic about the idea.

"I hope it goes really well, because Ozark really needs one," she said. "I think it can work."

But selling at a farmers market takes a lot of work.

A cold snap that threatened just-emerging plants proved that this week.

"I was up until about three in the morning last night, trying to put this stuff in," William Coticcio said of moving dozens of plastic crates holding potted tulips, lilies and other flowers into the greenhouse.

Her operation includes a 30-foot-by-90-foot greenhouse, smaller hoop greenhouses, flower storage coolers and four acres of garden plots for flowers and a selection of potatoes that include red, white and blue-fleshed varieties and other vegetables.

That means getting a fair price for her products, which include as-you-wait bouquets.

Marionville resident Rick Hopkins, who sells a variety of farm-raised meat at the Greater Springfield market, said working with customers who think prices are too high is part of being a farmers market vendor.

"The ones that kill me are the ones who think the prices are too high, and we ought to be selling cheaper," said Hopkins.

While vendors often promote their produce as being fresher than what can be purchased at grocery stores, Hopkins also contends what is bought at farmers markets can be less expensive.

Several years ago, he devised a computer spreadsheet comparing produce purchased at the farmers market with what could be bought at several supermarkets.

The 2006 growing season was tough because of the lack of rain. This year, farmers market vendors hope for a better year in terms of weather and also gaining customers who are concerned with the quality of the food they eat.

That's one reason the Greater Springfield Farmers Market Â which operates from the north corner of Battlefield Mall Â isn't the only place that markets itself as as a local alternative to vegetables and other food brought in from outside the region.

"Greens, they will be sleepers," Greater Springfield Farmers Market chair Don Bauer said of purchases that will be a reaction to food safety concerns. "There will be a lot more local greens, because of the lettuce and spinach (scares)."

For a variety of reasons ranging from high fuel prices to concern about the safety of food brought in from across the country, Pam Coticcio said farmers markets seem to be increasing in popularity. She adds that shopping there can give customers the "warm fuzzies."

Ray Hackett, who is manager of the C-Street Market on Commercial Street, said the market opens on Saturday, April 28 and runs Tuesday evenings and Saturday mornings.

"That's going to be one of our themes, better food for a better life," he said.

And Fair Grove resident Hackett has plans to promote the farmers market that has had its ups and downs for the past several years.

He's planning on several special events ranging from a crawfish boil to a "food fellowship" with local churches interested in promoting healthy foods, he said.

Commercial Club board member Carolyn Elder said selling the market to the community will be as important as selling produce.

Although the club is sponsoring the farmers market and providing marketing, the hope is that the market will gain popularity and be able to support itself in the future.

The C-Street Market will take a different approach than its crosstown counterpart on what can be sold, and how.

The market will be wide-open, with vendors allowed to sell whatever kind of crops they want, and allowed to resell produce they don't grow themselves.

"If 1,000 people want to bring tomatoes, they can bring them," Hackett said.

The variety of approaches taken toward growing and selling at Missouri's farmers markets means no two are alike.

"Each one's going to have its own unique flair," Gehring said."

EVENTSTreasure Hunting at Texas' First Monday Trade Days
By Angela Flournoy
Check out some of the antiques, art and collectibles on offer at one of the largest flea markets in the U.S.
Full Story
42

TINY HOUSESHouzz Tour: A Custom-Made Tiny House for Skiing and Hiking
By Mitchell Parker
Ethan Waldman quit his job, left his large house and spent $42,000 to build a 200-square-foot home that costs him $100 a month to live in
Full Story
255

HOUZZ TV FAVORITESHouzz TV: Life, Love and Purpose Down on the Farm
By Mary Jo Bowling
A Missouri native proves that you can go home again — and discover something entirely unexpected
Full Story
432

HOUZZ TOURSHouzz Tour: Traditional Meets Modern in a Missouri Farmhouse
By John Hill
Don't be fooled by the gable form. This spacious home on 3 acres has many modern surprises up its sleeve
Full Story
25

BASEMENTSDesign Workshop: Is It Time to Let Basements Become Extinct?
By Eric Reinholdt, Architect
Costly and often unnecessary, basements may become obsolete — if they aren’t already. Here are responses to every reason to keep them around
Full Story
299

DIY PROJECTSReinvent It: Salvage Savvy Keeps an Urban-Farmhouse Bath on Budget
By Becky Harris
See how resourceful shopping and repurposing gave a homeowner the new bathroom she wanted at the right price
Full Story
70

REMODELING GUIDES12 Predictions for Architecture in 2013
By John Hill
Nature showed its might, and small spaces began to seem more right over the past year. How will architecture for everyday homes respond?
Full Story
25 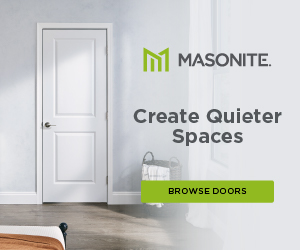 Its that sense of scale
9
Got any good buds?
28