Is it reasonable to ask for a discount after?

I hired a local contractor to replace my roof, replace my aluminum siding with vinyl (including all gutters, trim, soffits, etc.), build a 20x12 addition on my house, and renovate my kitchen to include half of the new space. We bought the cabinets from a separate kitchen designer who works out of the contractor's building. There are three contracts with contractor - roof, siding, addition.

The roof went up in four days with no problem. Paid in full.

The siding was started on May 5. Went very slowly, many mistakes, sloppy work, constant comments from us on the quality of work.

Beginning of July, we learn that the main siding guy is really a roofer, and the real siding guy quit right before our job. Roofer never did siding before. We question contractor, and are told that this guy will put up siding and another will come around and fix everything we don't like. I don't like the crooked corners, which would involve removing much of the siding. I'm reassured that it will work out. Addition progressing nicely.

Late July, siding looks like hell. Finished basement starting to get wet from water on porch caused by big storms and a lack of rain gutters. Contractor subs work to gutter guys, who do it in a day. Contractor fires roofer and all his helpers, hires a complete crew of freelance workers who swoop in and practically redo entire house in one week, very good quality work.

August, little tweaks being made to siding, addition almost done.

So, next week the whole house should be finished. We have only paid $500 of the $10,000 total for the siding part. I want to ask builder if he really thinks it was reasonable to take over 3 1/2 months to do the siding, during which most of that time my house looked pretty darn ugly. Although we never specified a time frame, I would like a 10% discount for the delay, stress, disruption and general ridiculousness of it taking that long to put up the siding. Am I being unreasonable? I know it never hurts to ask, and he can say No, but do folks care about reputation anymore? I will tell everyone I know about this experience, but having an adjustment would temper the amount of details I include when telling the truth about it.

REMODELING GUIDESFrom the Pros: 8 Reasons Kitchen Renovations Go Over Budget
By Erin Carlyle
We asked kitchen designers to tell us the most common budget-busters they see
Full Story
170

MOST POPULAR6 Reasons to Hire a Home Design Professional
By Incite Design
Doing a construction project without an architect, a designer or a design-build pro can be a missed opportunity
Full Story
90

FURNITURE10 Reasons to Love Big, Comfy Sectionals
By Laura Gaskill
With their soft lines, visual heft and casual versatility, modular sofas are a great choice for many rooms
Full Story
142

MOST POPULAR9 Reasons to Buy a Painting
By Laura Gaskill
No print or poster can rival the power of an original painting, chosen by you, for where you live
Full Story
193

WORKING WITH PROS3 Reasons You Might Want a Designer's Help
By Apartment 46 for the Home
See how a designer can turn your decorating and remodeling visions into reality, and how to collaborate best for a positive experience
Full Story
44

WORKING WITH PROS12 Questions Your Interior Designer Should Ask You
By Mike Dietrich
The best decorators aren’t dictators — and they’re not mind readers either. To understand your tastes, they need this essential info
Full Story
167

SELLING YOUR HOUSEFix It or Not? What to Ask When Prepping Your Home for Sale
By Laura Gaskill
Find out whether a repair is worth making before you put your house on the market
Full Story
238 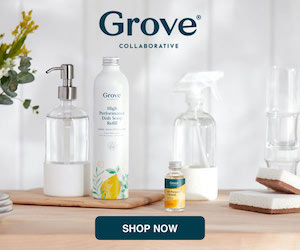 Help - Fireplace in middle of room
1

To tile whole wall OR NOT
3

Is it crazy to paint these Kitchen cabinets white?
11