DH and I purchased a small ranch home in foreclosure
intending to rent the home until we retire and likely live in it. The home was built in 1974 and the kitchen
cabinets were original. There had been a
few cosmetic changes, but nothing major, and in the last 10 years of its life
had been sorely neglected/abused. It did
have a porcine inhabitant, but alas, not the towel pig of GW fame, rather a pet
pot-bellied pig who left his mark, so to speak, throughout the house.

The kitchen and most of the house was a total gut. We opened the wall between the kitchen and
living room, added a large window, moved the sink and dw, added an island and
put hardwood flooring throughout the majority of the house.

DH and I did the vast majority of the work ourselves.
Because the home needed some structural work, we were required to hire a
contractor to replace some roof joists; they also installed the LVL beam
required to open the wall. We were required to use a licensed
electricians and plumber as the property was to be a rental.

DURING: Unfortunately
I don't have photos of the bare wires running up the cabinet drain pipe hole
for the dishwasher (zap!) or the homemade wood microwave shelf installed about
12-14 inches above the range.

I learned an enormous amount about kitchen design from GW and
could not have managed this project without it. Thanks to all who have
contributed so much to the hive-mind over the years.

BATHROOM WORKBOOKBathroom Remodel Insight: A Houzz Survey Reveals Homeowners’ Plans
By Mitchell Parker
Tub or shower? What finish for your fixtures? Find out what bathroom features are popular — and the differences by age group
Full Story
364

ARCHITECTURECity View: Seattle Design Reveals Natural Wonders
By Becky Harris
Love of the local landscape, along with a healthy respect for the environment, runs through this city's architecture and interior design
Full Story
5

GRAYCooking With Color: When to Use Gray in the Kitchen
By Jennifer Ott Design
Try out Trout or shake up some Martini Shaker gray for a neutral-based kitchen that whispers of sophistication
Full Story
107

DINING ROOMSRoom of the Day: A DIY Dining Room Full of Cheer
By Mitchell Parker
Seeking an uplifting spot during gray days in Washington state, this couple brightened their space with turquoise paint and DIY spirit
Full Story
42 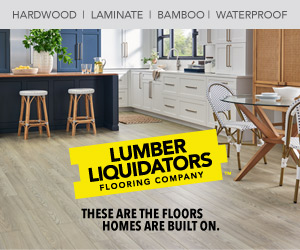 what is this backsplash? saw it on the tv show“Tiny house Nation”s5e7
1
Where are the finished kitchen photos?
1
Sponsored Products