HI, We renovated our bathroom in 2015 and had Tyvarian (man-made marble slabs) shower walls installed in our 3ft. x5 ft. alcove with frameless shower stationary wall and swinging door. This year we noticed a crack form between the marble wall and the drywall where the swinging door is hinged and attached to the marble. As the year as passed, the crack has gotten wider and now the shower door is getting stuck on the plastic piece that separates the glass stationary shower wall from the swinging shower door. We have to gently push/pull door to get it open or closed fully.

I've contacted both the marble shower wall installer and the frameless glass door installer. They are basically pointing fingers at each other and saying it's the other guys fix. I'm not putting blame on either. I just want it fixed. I know stuff happens and nothing last forever, but I also don't want my shower to fall apart. So, What could cause this to happen? How can it be fixed? Who should fix it? Here are some Pics of the problem area.

The above pic is looking down into the crack from the ceiling.

This last pic is a mirror reflection of what's going on inside the crack. It's the best I could do. Thanks!

MOST POPULARShower Curtain or Shower Door?
By Lara Sargent
Find out which option is the ideal partner for your shower-bath combo
Full Story
601

HOUSEKEEPINGHow the Heck Do You Clean a Glass Shower Door?
By Bonnie McCarthy
Get the answers to keeping those glass shower walls and doors sparkling clean
Full Story
577

SHOWERS10 Reasons to Go for Black-Framed Shower Doors
By Laura Gaskill
Add drama, elegance or industrial chic to your bathroom with these metal-framed glass doors and windows
Full Story
114

GREAT HOME PROJECTSSay Goodbye to the Shower Curtain With a Glass Tub Enclosure
By Brenna Malmberg
A glass screen or door can make a bathroom look modern and airy, and can be easy to clean if you don’t have hard water
Full Story
159

SHOWERS10 Stylish Options for Shower Enclosures
By Change Your Bathroom, Inc.
One look at these showers with glass block, frameless glass, tile and more, and you may never settle for a basic brass frame again
Full Story
84

BATHROOM DESIGN8 Ways to Design a Better Shower
By Bud Dietrich, AIA
See the ingredients of a perfect shower, from the rainshower head and bench to the nook for shampoo and soap
Full Story
34

BATHROOM DESIGN8 Stunning and Soothing Shower Designs
By Shane D. Inman
Step into these brave bathroom designs, from Roman inspired to supermodern, and let the ideas wash over you
Full Story
115 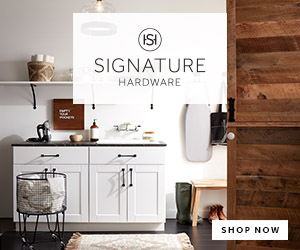 More Discussions
Besides for tear down, general direction for this 70's house
59
exterior door replacement
2