Safe to prune Stems Back to the Bud Union

I know I've asked this as I've had some uncertainty on how one does - rejuvenation- pruning, aka, cutting out the old wood to promote new wood from ground up.

Did some spring pruning on the new last year planted BR and had a decision to make on 2 crossing canes. So in the multiple stem rose I was moving to see what was -attached- to what, as I was -moving- each stem to decide which one to cut, I noticed that out of all the stems cumulative, there was 3 main ones - aka, move one stem, a few other stems moved with it.

Not being too familiar with a -grafted- shrub, is it safe to to say those are 3 bud points, and what moved per each -stem- was growth off each bud point. And that it's okay to hard prune -any- stem back to the union , which will still promoto/produce a new stem from coming from ground up.

SUMMER GARDENINGWhen Should You Prune Your Trees and Shrubs?
By Noelle Johnson Landscape Consulting
Pruning keeps your plants healthy. Find out the best time to cut back flowering trees, needle-bearing shrubs and more
Full Story
26

TREESHow to Prune Your Fruit Trees in Winter
By Noelle Johnson Landscape Consulting
Garden chores may slow down this season, but pruning your fruit trees now means healthier plants that will produce more
Full Story
14

CALIFORNIA GARDENINGConsider Avoiding These Plants to Help Keep Your Garden Fire-Safe
By Lauren Dunec Design
Plants that accumulate dead material, are high in oil or have low moisture content in leaves put some homes at risk
Full Story
61

MOST POPULARWhen Is the Right Time to Prune Your Hydrangeas?
By Marianne Lipanovich
The type of hydrangea you have determines when it’s time to trim
Full Story
37

SPRING GARDENINGHow to Prune Your Flowering Shrubs for the Best Blooms
By Noelle Johnson Landscape Consulting
Less is often more when it comes to properly pruning flowering shrubs. Here’s what to do and why
Full Story
20 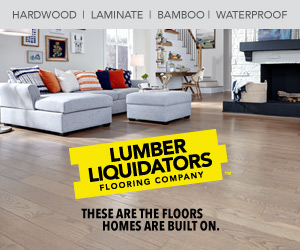 More Discussions
Did anyone save Pappu's 'Big Stinking Mess' thread?
37

Slightly O/T - Share your favorite vases!
10
WINTER is here! Seasonal thread part 7
125
Question for Ben or those who use alfalfa tea
34