Experience with a "Sato" or similar natural/"village" dog or puppy?

Sato is slang for the street dogs of Puerto Rico. There are groups that rescue them and bring them to the States for adoption. There are other adoption groups and similar dogs all over the world.....usually medium built, short hair, large-looking ears. People usually say they are a mix of breeds, but most are descendents of dogs long ago, pre-"breeds", and the result of "survival of the fittest" selection pressures. Perhaps a breed or three mixed in sometime in recent past history on some of them. In any case, have any of you adopted one of these dogs, or know somebody who has? Should be smart and healthy (once immediate problems such as worms and fleas and mange are eliminated). Just curious of your experience knowing one of these compared to other dogs/breeds.

YOUR FIRST HOUSESo You're Thinking About Getting a Dog
By Alison Hodgson
Prepare yourself for the realities of training, cost and the impact that lovable pooch might have on your house
Full Story
490

LIFEHow to Help Your Dog Be a Good Neighbor
By Alison Hodgson
Good fences certainly help, but be sure to introduce your pup to the neighbors and check in from time to time
Full Story
163

THE POLITE HOUSEThe Polite House: On Dogs at House Parties and Working With Relatives
By Lizzie Post
Emily Post’s great-great-granddaughter gives advice on having dogs at parties and handling a family member’s offer to help with projects
Full Story
251

ORGANIZINGHow to Create an Inventory, Whether You're Naturally Organized or Not
By Alison Hodgson
Documenting your home items is essential, even if disaster seems unimaginable. And it may be easier than you think
Full Story
181

FEATURESThe Good House: An Experience to Remember
By Bud Dietrich, AIA
A home that enriches us is more than something we own. It invites meaningful experiences and connections
Full Story
139

FLOORSCork Flooring 101: Warm Up to a Natural Wonder
By Lisa Frederick
Comfortable, sustainable and easy on the eye, cork has a lot going for it. Use our guide to get familiar with this natural flooring material
Full Story
42

MOST POPULAR50 Dog Photos Worth a Wag
By Sheila Schmitz
Design hounds: Share in the pet love with Houzzers' snapshots of their beloved dogs at home, in the workshop and at play
Full Story
326

MOST POPULARPhoto Flip: Good Dog! Cute Pooches at Home
By Anne Colby
The dogs of Houzz take you on a tour of their homes and show you where they lounge, eat, play, bathe and nap
Full Story
190 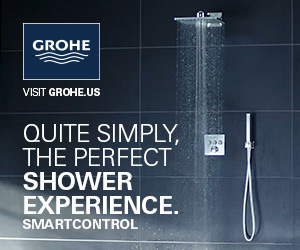