POLL: When The Kids Move Out - Change OR Leave Their Rooms Alone?

For many parents, the day their children move out is a very proud moment... A moment when they can feel accomplished that their child is making the next BIG step in growing as a person. However, often times they are left with a choice!
Do you change their bedroom into a room you have always dreamed about?
OR
Do you keep their room just how they left it?
We need the Houzz Community to voice their opinions on this topic! I am sure a lot of people are curious to see the reasoning's behind choosing either choice!

LIFEWhen You're Suddenly Solo at Home
By Houzz
Whether you stay in a home alone or move on, these strategies from professional organizers can help you with the process
Full Story
43

DECORATING GUIDESHow to Decorate When You're Starting Out or Starting Over
By Fred Albert
No need to feel overwhelmed. Our step-by-step decorating guide can help you put together a home look you'll love
Full Story
104

LIFEWhen Design Tastes Change: A Guide for Couples
By Apartment 46 for the Home
Learn how to thoughtfully handle conflicting opinions about new furniture, paint colors and more when you're ready to redo
Full Story
24

MOVINGRelocating Help: 8 Tips for a Happier Long-Distance Move
By Laura Gaskill
Trash bags, houseplants and a good cry all have their role when it comes to this major life change
Full Story
126

FUN HOUZZSurvey Says: We’re Scared of Being Home Alone — and Spiders
By Mitchell Parker
A new Houzz survey reveals that most of us get spooked in an empty house. Find out what’s causing the heebie-jeebies
Full Story
70

LAUNDRY ROOMSRoom of the Day: The Laundry Room No One Wants to Leave
By Becky Harris
The Hardworking Home: Ocean views, vaulted ceilings and extensive counter and storage space make this hub a joy to work in
Full Story
95

LIFERetirement Reinvention: Boomers Plot Their Next Big Move
By Bud Dietrich, AIA
Choosing a place to settle in for the golden years? You're not alone. Where boomers are going and what it might look like
Full Story
274

BEDROOMSRoom of the Day: A Boy’s Bedroom to Move Through Tween and Teen Years
By Bettina Deda colour design
Reorganizing the space with a new study desk, bed, seating and storage gives him room to grow
Full Story
29

ENTERTAININGModern Manners: Smooth Moves for Kids' Visits
By Laura Gaskill
For hosting kids or visiting with Junior in tow, we give you a plan to keep stress levels low and fun levels high
Full Story
88 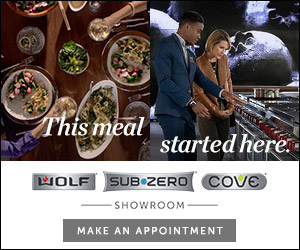 Has anyone used the color boulder for kitchen cabinets?
90

Finding a kitchen design that works for my family is very frustrating!
14
hardware modern kitchen
0