His abstract designs and native plantings changed the face of landscape architecture. Could Roberto Burle Marx’s style enhance your garden?

Frank OrganJune 21, 2014
Houzz Contributor. I have been involved all my working life with design, garden design, horticulture and garden retailing. Having worked as a buyer for a large garden centre in the south west of England for the last 8 years I have recently moved to Kent. My passion for small garden design and the lifestyle it brings has lead me to write about it on my blog, www.yardz.typepad.co.uk for the last thirteen years.
More
Print
Embed
Facebook
Twitter
Email
Association football, or soccer, was invented in England, a nation of sport lovers and passionate gardeners, but it is Brazil that gave us Pelé, arguably the finest player in the sport’s history. Brazil also gave us Roberto Burle Marx, one of the first landscape architect superstars, who is widely considered to be the father of modern landscape architecture. A modern Renaissance man, he had talents in many fields, including sculpture, jewelry design, floristry, botany and abstract painting.

Burle Marx was the first landscape architect in Brazil to move away from formal garden design toward more abstract designs that used native Brazilian plants. His landscape designs followed the images of his abstract paintings and tapestries; he used landscape materials and plants to render them in three dimensions. Once completed, his designs were to be maintained but unaltered, treated almost like works of art in a gallery. Landscape design, he wrote, “was merely the method I found to organize and compose my drawing and painting, using less conventional materials.”
Gabriela Tamari
Artistic Planting Design

Burle Marx was born in 1909 in São Paulo, Brazil. He studied art in Germany as a young man, where he became interested in the tropical plants growing in the Berlin-Dahlem Botanical Garden. Upon returning to Brazil, he created gardens full of tropical plants, mostly native to Brazil; his favorites were palms, water lilies, orchids and bromeliads.

He transferred the ideas learned during his art education from paper and fabric to landscape designs — especially in his use of plants. Burle Marx’s training in Europe provided him with an understanding of the revolutionary new schools of art: cubism, modernism, Dadaism and abstractism. His skill was in how he converted the abstract images of his paintings and tapestries into his three-dimensional landscapes. “I am an artist,” he said. “I work with plants.” He treated the landscape as a living work of art.

Burle Marx had a real interest in the plants he used and how they were used, unlike many landscape architects of his day.
He introduced native plants in bold block plantings. He became a passionate botanist, working with others on expeditions into the Brazilian hinterland, where new species were found and introduced. He created one of the world’s most important collections of tropical plants in his own garden at Sítio.

Here we see the pool at Sítio Roberto Burle Marx, the nearly 100-acre estate where Burle Marx lived and practiced. His gardens are based on the organic shapes he loved, and though not classically formal, they have a formality that required every plant to be set in its place to achieve the result he wanted.

“A garden is a complex of aesthetic and plastic intentions,” Burle Marx said, “and the plant is, to a landscape artist, not only a plant — rare, unusual, ordinary or doomed to disappearance — but it is also a color, a shape, a volume or an arabesque in itself.”
Garden Architecture
Many of his gardens are composed of meticulous planting schemes, but it is the way they were designed that makes them special. The design was created, rather like one of his abstract paintings, on paper and transferred to the landscape, but often he also worked onsite, designing with plants on the canvas of the earth.

This new approach to landscape design inspired Brazilian gardeners, who were used to garden design influenced by traditional European style. I was brought up in the tradition of British garden design, which hadn’t until after World War II changed much in the previous 300 years, and was based on formal layouts softened with planting. I find that the gardens and landscapes designed by Burle Marx are a breath of fresh air.
Dean Herald-Rolling Stone Landscapes
Like a work of art that once completed isn’t designed to be altered or touched up, so Burle Marx’s garden designs aren’t meant to be added to, only maintained in the same state as they were intended by the designer. They are designed to be static and not develop to a greater or lesser extent over time, making them ideal companions to modernist architecture.

To create a similar design in temperate gardens, it is possibly best to use slow-growing evergreens that will grow within their own bounds or require only a small amount of clipping to keep them in check.
John Napier
Abstract Paving

Adding giant mosaics on pavements and in open spaces was another one of Burle Marx’s favorite landscape moves. The promenade of the famous Copacabana beach in Rio de Janeiro (seen here) is, without doubt, his most famous example.

The palm trees are set in groups within a giant abstract of wave shapes formed from Portuguese stone mosaics. The undulating design stretches for 2½ miles and is best viewed from the hotel balconies lining the promenade.
Imagine Design & Construction pty ltd
Giant mosaics can easily be transferred on a smaller scale into gardens, using a range of pebbles of different tones and colors.

Here the flowing design not only adds a decorative feature to the garden, but also encourages to the eye to follow the path to the rear of the garden.
Merve Anil
With the advent of living walls, there is the opportunity to transfer similar flowing organic shapes from mosaic flooring into sweeping evergreen plants. The planting here follows Burle Marx’s edict of planting large groups of the same specimen and not mixing flower colors.
JSchmidt arquitectura y paisaje
We can see in contemporary designs such as this one how Burle Marx’s introduction of asymmetrical designs still influences designers in both the layout and planting of their schemes.

Roberto Burle Marx died in 1994. He may be best remembered for his undisputed skill in combining stunning design with great plantings, for some of the finest landscape companions to modern architecture.

Yard of the Week: Orchard and Plantings Bring a Garden to Life
By Lauren Dunec Hoang·10
Before and Afters

Backyard of the Week: Zigzag Paths and Modern Prairie-Style Beds
By Kate Burt·45
Patio of the Week

Backyard of the Week: A New Pool and Spa, and Room to Lounge
By Becky Harris·19
Patio of the Week

Before and After: 5 Patios That Celebrate Outdoor LivingFull Story

Patio of the Week: Design Details and Lush PlantingsFull Story

Understand Your Site Plan for a Better Landscape DesignFull Story

Yard of the Week: Orchard and Plantings Bring a Garden to LifeFull Story

Before and After: 4 Patio Setups to Inspire Outdoor LoungingFull Story 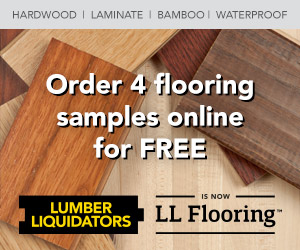