Styles are evolving from pure traditional in this world-famous Southern city, but history and culture remain points of pride

Becky HarrisJune 4, 2013
Houzz Contributor. Hi there! I live in a 1940s cottage in Atlanta that I'll describe as "collected." I got into design via Landscape Architecture, which I studied at the University of Virginia.
More
Print
Facebook
Twitter
Email
Nashville may be known as the country music capital and "The Athens of the South," but designers there want to make it clear that you cannot pigeonhole Nashville's style. While the city has a wealth of beautiful traditional homes and embraces the classical (it does have a full-size Parthenon in the middle of Centennial Park, for gosh sake), it also keeps up with the times. "Nashville is such a diverse city, and that is exactly what makes it so much fun to live and design in," says Lisa Hutson of Nashville Interior Design Group.

The city's rapid growth over the past 20 years has brought an influx of new residents from around the world, a revitalized city core, professional football and hockey teams and a beautiful skyline that is always changing. "I think Nashville is in a transition stage architecturally ... as it continues to grow, its art and architecture scene is becoming more progressive and more representative of the current time," says architect Ryan Thewes.

The bottom line: Nashville design encompasses a wide range of styles, but what they all have in common is that their warmth extends Southern hospitality with welcoming style. Check out Nashville's diverse range of styles and see if the way they're mixing things up strikes a chord for you.
Kristie Barnett, The Decorologist
Almost every designer I spoke with said that one of the biggest misconceptions about Nashville is that everyone's home style is country and western. This is not the case — even the country musicians here are not necessarily going country and western with their style at home.

"When I work with artistic types, like musicians — there are lots of them here — they particularly want their homes to reflect their passion," says interior designer Kristie Barnett. "However, it's not for show — it's really just a practical way to live out who they really are, even in their decor choices."

Framed album covers, spots to hang instruments and plenty of comfortable places for strumming are a part of the warm contemporary Musician's Row condo shown here.
Eric Stengel Architecture, llc
While Nashville might not be strictly country, the vibrant city is certainly surrounded by gorgeous countryside. Rolling hills and farms encircle the city.
PAGE | DUKE Landscape Architects
Nashville designers look to both the city and the country for inspiration.
Hamilton Rae
Mixing Old and New

"An eclectic mix of style that ties in Nashville's country music swag with traditional design is a staple in the 'Music City' — we are finding that our clients want to mix the old with the new, preserving the original integrity of a home while updating a remodel," Hutson says.

One way to find this balance between old and new is by streamlining in subtle ways — using simple color palettes and clean lines, such as those seen on Shaker-style cabinet doors like these.
Beckwith Interiors
"Many new businesses and people are moving into Nashville from major cities, and they are looking for a style that is much more cosmopolitan," notes California transplant and interior designer Jamie Beckwith. "Nashville is becoming more sophisticated and universal, and many of our clients are looking for that same aesthetic."

See the rest of this amazing pool house
Eric Stengel Architecture, llc
While some Nashvillians are going more contemporary, much of the city's architecture embraces classical elements, and many of its citizens embrace the past while moving forward.

"Thomas Jefferson looked to the classics, like the Romans and Greeks, and transformed their architecture to become our own," architect Eric Stengel explains. "Today my patrons in Nashville want to stand as a symbol of who we are today while standing on the shoulders of giants."
Eric Stengel Architecture, llc
Stengel adapts classical elements to meet modern-day needs. This pavilion is a rustic modern structure, but its classic proportions are what make it so pleasing.
Dream Build Nashville
"Rather than dismantle our roots and history, you will find gorgeous Tudor-style cottages and Victorian-era homes outfitted with cutting-edge design crafted for today's homeowner," says Andrea Woodward of Dream Build Nashville.
Dream Build Nashville
These kinds of projects mean you can open up the doors of a traditional home that's respectful of its historic neighborhood and be quite surprised by the light and open spaces inside. Nashville's transitional style blends more traditional details like wood stair railings and moldings with open plans, light colors and a mix of furnishings that can include everything from antiques to midcentury classics to a little Shabby Chic (after all, comfort is key).
Epiphany Design Studio
Livable Elegance

Interior designer Julie Goad of Epiphany Design Studio says Nashville style can be summed up in two words: casual elegance. "Nashville used to be very formal, and now a more relaxed look is popular — clients want the elegance, but they also want a space that is livable," she says.

Her clients have tossed out the formal curtains and the furniture you aren't allowed to touch or sit on in favor of comfort and are combining old and new. "People still love antiques, but it is the mixture of antiques, iron, linen curtains, crystal and mercury glass that people are looking for in their homes," she says.
Hamilton Rae
Hutson finds that many of her clients have eased from strict traditional into transitional style. "Nashville generally goes for a relaxed luxury interior — warm, cozy, and inviting rooms for Southern gatherings is where the heart is in Music City," she says.
Leland Interiors, LLC
Tradition Is Getting More Modern All the Time

Interior designer Kippie Leland's family has seen Nashville move from ultratraditional to transitional to contemporary firsthand. "My father claims that decades ago when he first started in the antique and interior design business, that to sell an antique it had to be English, brown and traditional," she says.

Again, mixing and old and new is a big part of this livable elegance. "While there are still people that cherish and love their English antiques, much has changed ... interiors today run much more to the transitional style, incorporating some antiques with sleek, new contemporary pieces."
Leland Interiors, LLC
"Our clients want color palettes that are lighter and fresher these days," Leland says. A good example is this master bathroom, where a beautiful aqua and copper botanical wallpaper pops against crisp white fixtures.
Anderson Design Studio
Southern hospitality is still alive and well in Nashville no matter what the style. "The design industry can lean very edgy and progressive, but our spaces always have a warmth that reflects the friendly and welcoming spirit of the people of Nashville," says interior designer Kathy Anderson of The Anderson Design Studio. Warm wood, stone, lighting and comfortable upholstered furniture find their place in Nashville's contemporary decor.
Anderson Design Studio
"While design in Nashville can be new and fun and young, it does have a respect for the past," Anderson says. For instance, traditional furniture mixes comfortably with bright turquoise walls and contemporary art in this room.
Kristie Barnett, The Decorologist
Nashville's new penchant for urban living is inspiring citified style all over the greater area. "Many clients I work with, including two from the TV show Nashville, are actually looking for more contemporary or metropolitan design," says Barnett. This home takes its cues from midcentury modern design with its rectilinear lines, gridded art arrangement and shelves, and neutral color palette accented with splashes of orange.
Epiphany Design Studio
The Urban Farmhouse

"Nashville is much more refined than cowboy hats and boots, which are a part of who we are but does not reflect us correctly," Goad says. "Nashville is a soft mix of antiques, reproductions, contemporary and urban farmhouse style." This traditional rustic farmhouse kitchen is updated with subtle industrial touches like stainless steel appliances and glass pendant lights.
Beckwith Interiors
Beckwith notes that while her clients still appreciate Nashville's Southern classics, the style carpetbaggers from other metropolises are putting their own stamp on design. "Many clients want a universal, well-traveled environment that is comfortable but stylish," she says.

Case in point: A cozy upholstered bed and pouf and knotty wood trim mingle with a modern acrylic chair and area rug here.
Melissa Frederiksen of Atmosphere 360 Studio also notes that many of Nashville's newcomers are bringing modern and contemporary tastes with them and are remodeling accordingly. Her clients are asking for clean and simple styles.

As in the rest of the country, the city also has its share of midcentury modern denizens, and it's a group that is growing. "More and more, clients are approaching me with an interest in midcentury modern design with large expanses of glass, sloping roofs, exposed beams and natural materials," architect Thewes says.
Ryan Thewes Architect
"I think people picture country cabins, gabled roofs and big porches when they think of Nashville," Thewes continues. "In fact, it is a very creative city, and the architecture is beginning to reflect that." Striking rooflines and contrasting materials like wood, metal and translucent panels are a contemporary alternative to logs and stones.
Ryan Thewes Architect
A common thread several designers mention is that residents want to enjoy beautiful views of downtown's ever-changing skyline and its surrounding hills. "Views of downtown are valuable, and designs focus on this: Rooftop decks, large patios and large expanses of windows highlight our growing downtown skyline," Thewes says.
PAGE | DUKE Landscape Architects
Landscape architect Gavin Duke of Page | Duke Landscape Architects wants you to wipe out any stereotypes that extend to the yard. "A falsehood about Nashville is that everyone has a half a tractor tire painted white fully planted with petunias," he says.
PAGE | DUKE Landscape Architects
Duke notes that many clients are going for structured, low-maintenance indigenous plantings these days instead. Also, he's noticed that edible gardens are popular nowadays. "The farm-to-table movement is more prevalent than ever — people are planning more kitchen gardens than ever before," he says.
PAGE | DUKE Landscape Architects
"People take pride in their landscapes and consider a reflection and extension of the house and interiors in relationship to what happens outside," Duke adds.

If there is one common thread through this wide range of Nashville styles, it's pride. Even as residents move into transitional, modern and contemporary styles, they're embracing the history and culture of their city by infusing their homes with warmth, and they welcome you to check it out.
Print
Facebook
Twitter
Email
See 12 comments
Explore Related Topics
ArchitectureDecorating Guides
Read Related Stories

Design Through the Decades: The 2000s
By Victoria Villeneuve·5
Roots of Style

Hearts on Houzz: 25 Looks That Bring the Love
By Bryan Anthony·16
Valentine’s Day

Why People Are Loving Soft, Soothing Colors at Home
By Gwendolyn Purdom·42
Color 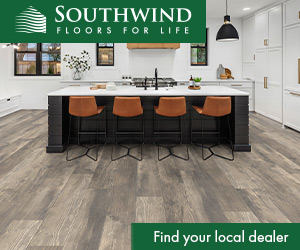 Design Through the Decades: The 2000sFull Story

15 Ways to Create Separation in an Open Floor PlanFull Story

How to Decorate a Coffee TableFull Story

Designer Tips for Working With Color and PatternFull Story

Hearts on Houzz: 25 Looks That Bring the LoveFull Story

10 Keys to a Well-Functioning HouseFull Story

Where to Splurge and Where to Save When DecoratingFull Story

Why Custom Furnishings and Cabinets Are Worth the CostFull Story