0
Your shopping cart is empty.
Sign In
Join as a Pro
Houzz Pro: One simple solution for contractors and design pros
Join as a Pro
History of Houzz
GET IDEAS
Photos
Magazine
Discussions
Houzz TV
Houzz Research
FIND PROFESSIONALS
All ProfessionalsAll ServicesFor Professionals
SHOP BY DEPARTMENT

Top Ideabooks
How to Create a Cohesive Color Flow Throughout Your HomeHow to Get Your Ceiling Paint Color RightTrending Color Palettes for 2022 at Maison & ObjetWhat Kitchen Countertop Color Should You Choose?
Appears in
Decorating Guides
See also
Color PalettesOrangeTurquoiseBlueGreenGrayBrownBlackWhiteYellowPurpleNeutral ColorsBold ColorRedPinkColors of the Year
Decorating Guides
Decorating Guides

Top Ideabooks
How to Create a Cohesive Color Flow Throughout Your HomeWhat’s New in Contemporary Furniture and Design for 20225 Must-Have Features for a Stylish Small BedroomNew This Week: 4 Stylish Living Rooms Arranged Around a Fireplace
Appears in
Latest From Houzz
See also
LightingColorOrganizingSmall SpacesFurnitureArtHouseplantsHolidaysDIY ProjectsAccessoriesWall TreatmentsDecorating StylesPatternGreen DecoratingEntertainingTastemakersBudget DecoratingRoom of the DayWorking With an Interior DesignerDecorating 101

From creamy white to barely beige, these hues will warm up your room

Becky HarrisSeptember 26, 2019
Houzz Contributor. Hi there! I live in a 1940s cottage in Atlanta that I'll describe as "collected." I got into design via Landscape Architecture, which I studied at the University of Virginia.
More
Print
Facebook
Twitter
Choosing an off-white paint seems easy enough, but it actually can be tricky. Undertones from other colors in the paint work differently in different lights and can skew toward other colors such as yellow, pink or gray. We’ve asked 10 designers what their surefire off-white favorites are.

As you’re considering each shade, note that paint colors work differently in different parts of the country and at different times of day, and they can even look noticeably different from one side of your house to the other. So be sure to test your paint in a large swath in the room you want to use it in and check on it throughout the day and night with different lighting schemes. Also, look at it next to the trim color or stain, furniture, rugs and artwork you’d like to use in the room to see how it works with everything.
Pointing by Farrow & Ball

“Pointing is a beautiful creamy white that glows but doesn’t read as yellow,” Los Angeles-based interior designer Lindsay Pennington says. “It elevates the standard white wall by adding depth and dimension and looks terrific against artwork, because it contrasts just enough with white matting or paper to set those off and doesn’t compete with richer, more intense colors.”

In this kitchen, Pennington used Pointing as the wall color to subtly complement cabinets that are painted in Farrow & Ball’s Stony Ground. “Pointing is equally happy at home with warmer and cooler tones,” she says.

Interior designer Charmean Neithart works on a lot of Spanish Colonial homes in Southern California, which are often full of warm wood architectural details and a mix of textures on the walls. “I use Elmira White a lot, especially in Spanish houses. It looks good with smooth and textured walls,” she says. “It has no yellow or pink undertones, so it looks beautiful with neutrals.”

“This is a warm white that mimics sunshine, even on a cloudy day,” says interior designer Lisa Tharp, who is used to the early sunsets during long New England winters. “It cheers the soul while creating an atmospheric backdrop, letting people and furnishings take center stage.”
Diana Bier Interiors, LLC
White Dove by Benjamin Moore

“I’ve used Benjamin Moore’s White Dove in many projects, including this master bath extension, as all the trim in a beach house and on a sun porch in a suburban home,” interior designer Diana Bier says. “I find it to be a calming, creamy off-white with no yellow or pink undertones. It’s perfect with the white marbles that are so popular right now for kitchens and baths.” She also notes that it works with both warm and cool colors equally well (except with yellow, where she prefers the crisp contrast of a brighter white).

“I’ve used it with blues, grays, reds and lavender,” she says. Her painter concurs and told her that these days it’s probably the most popular off-white color he’s come across in the Long Island, New York, area.

Interior designer Jenni Leasia calls this shade “under the radar.” She’s found that it works well in the Pacific Northwest, where gray skies are common. In this photo, she used it on all the trim and cabinetry.

“I have used it on ceilings in a house where we wanted to keep them bright but soft,” she says. “It’s perfect for cabinetry, where clients want white, but not bright white. Sometimes when we show a swatch to a client, they will think it is too creamy, but it really reads as white — a soft, creamy, easy-to-live-with white.” Depending on the light, the designer says, sometimes it reads a little more white, sometimes a little more creamy, but it never looks yellow or washed-out gray.
Dianne Davant and Associates
Shaker Beige by Benjamin Moore

“I love Shaker Beige because it works in every situation,” says interior designer Margaret Handley, who works on a lot of projects in the mountains of North Carolina. “It’s not too light or too dark, and it takes on the color properties of whatever it is mixed with. It’s the perfect go-to color!”
Encircle Design and Build
Devine Pecan by Devine Color

“We used Devine Pecan as the color for the living room and dining room of this transitional style remodel,” says interior designer Michelle Ruber of Portland, Oregon. “The color works well with the dark woodwork, allowing it to contrast and blend.” Her client wanted to make sure the walls had a warm undertone rather than a stark contrast against the wood. “This almost pulls pink, in the photo more than in person, which is what she desired for the warm feeling,” she says.
Rev-A-Shelf
Dover White by Sherwin-Williams

“The majority of my clients select this soft white for their kitchen cabinet color because it feels white but is not a harsh or antiseptic white,” says interior designer Tracey Stephens, who specializes in kitchen and bath design in northern New Jersey. “It is the ideal warm neutral color because it pairs well with a wide range of tile, countertop and wall colors.”
Dianne Davant and Associates
Navajo White by Sherwin-Williams

“I always use Navajo White for a base anytime I am doing a texture with the glaze on top,” says North Carolina-based interior designer Pam McKay. “It is a neutral and warm option for the lighting in our high country projects. It works well with white trim or a stained wood trim.” The quality of natural light varies greatly around the country, and this affects paint choices. McKay opts for warmer tones in the mountains of North Carolina, while she chooses brighter, clearer colors when she’s working on projects in Florida. “The light is so different,” she says.

Side note: Here’s a little more from McKay about the unique texture on the walls in the photo above: “The texture is applied with drywall mud to resemble plaster. The wall is painted with an eggshell paint sheen so the glaze sits on top; I use the Navajo White. An oil-based glaze is applied or wiped on the surface and wiped off. The tinted glaze hangs up in the crevices of the texture. It is like a plaster. The Navajo White gives me a warm base but allows me interest on the wall without doing dark and heavy.”
Haus Interior Design
Slipper Satin by Farrow & Ball

“Slipper Satin worked perfectly in this room because the windows faced north, and the light was a little cold,” says interior designer Kirsten Kaplan, who designs in the Middle Atlantic region. “So we warmed it up, and now it’s inviting even on the grayest days.”

Your turn: Do you have a favorite off-white paint? Please share it with us and tell us why you love it in the Comments.

Take It Outside: How to Use White on Your Home’s Exterior
By Kelly Porter·21
Exteriors

Decorating 101: How to Use White Right
By Laura Gaskill·114
Decorating Guides

How to Choose a Paint Color
By Erin Carlyle·135
Color

Color of the Year: Off-White Is On Trend for 2016
By Jennifer Ott·308
Color
Shop Related Categories

What to Know Before You Paint Your Walls WhiteFull Story

How to Choose a Paint Color You Can Live WithFull Story

Take It Outside: How to Use White on Your Home’s ExteriorFull Story

How to Pick the Right White PaintFull Story

Decorating 101: How to Use White RightFull Story 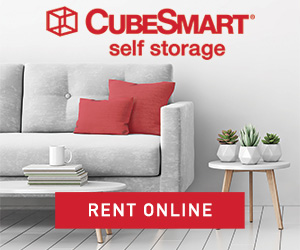