Get a Bird's-Eye View of America's Housing Patterns

See the big picture of how suburban developments are changing the country's landscape, with aerial photos and ideas for the future

John HillJanuary 24, 2013
Houzz Contributor. I am an architect and writer living in New York City. I have Bachelor of Architecture and Master in Urban Planning degrees, and over ten years experience in architectural practice, split between Chicago and NYC. Currently I'm focused on writing and online pursuits. My daily blog can be found at http://archidose.blogspot.com
More
Print
Embed
Facebook
Twitter
Email
Even before Google allowed anybody with an Internet connection to see a satellite view of anyplace on the globe, I loved looking at books with aerial photography. A few favorites that focus on natural and human-made landscapes of the United States are Alex S. MacLean's Designs on the Land: Exploring American from the Air, Dolores Hayden's and photographer Jim Wark's A Field Guide to Sprawl and Alan Berger's Drosscape: Wasting Land in Urban America.

Flipping through these books again recently prompted me to look at America's housing patterns in Google Maps, particularly places for which high-resolution, 45-degree aerial imagery is available. The collected views reveal the diversity of the country's suburban housing in terms of scale and form, but also that much of it is what MacLean describes as "monotonous, sterile, inefficient and pedestrian unfriendly. It is missing a larger plan that goes beyond the responses to market forces, finances and restrictive regulations."

But all hope is not lost, as we'll see. So come along on a trip over America, taking in the good and the bad, the normal and the weird. All the views are at the same scale (a little less than 1/2 mile across).
Suburbia. The suburbs in the United States take many forms, having evolved, like cities, over time from the 19th century to today. This image of Katy, Texas, (near Houston) is of the type that often comes to mind when we think of the suburbs. It is actually a layout that is fairly indicative of developments in the 1960s and '70s. Instead of following a grid, like earlier suburbs did, the streets are curved. But unlike later suburbs, where the cul-de-sac predominates, the streets are interconnected and have only the occasional cul-de-sac.
Suburban-urban grid. As cities grew in the late 19th and early 20th centuries, they tended to follow the grid that Thomas Jefferson laid down in the 18th century. This view of Buffalo, New York, illustrates the adherence to the grid as well as relatively small lots and houses compared to what we see today. Many areas like this were suburban but have since become incorporated into many cities. Their density (number of housing units or residents per acre) is much higher than that of subsequent suburbs. Another major difference occurs in the presence of alleys, which disappeared after the post–World War II boom; nevertheless, we'll see some recent developments later that attempt to bring back alleys for garages and services.
Fairway housing. This view of Bend, Oregon, is fairly typical of suburban houses bordering golf courses. Their fronts face the streets that serve them, while the backs face the fairways and greens of the golf holes. Developments with houses and golf courses are now fairly common. The design of the streets, houses and golf courses have to work together, even though each has its own needs. As I pointed out in an article on walkability, golf course developments are extremely car dependent, given that it is necessary to drive a great distance to get to retail, commercial and other services.
Multifamily island. In the middle of this aerial shot of Bloomington, Indiana, is a multifamily housing development made up of about a dozen apartment buildings. Typical of much of the suburban landscape, the development is segregated from everything that surrounds it, such as the retail on the left. Residents must drive to it via one of two access roads. Note the recreation center with a pool that serves the apartment buildings, as well as the enormous amount of surface parking.
Greenfield housing. One of the most criticized aspects of sprawl is how land previously used for forests and agriculture is developed for housing and roads. This view of Columbus, Ohio, shows some houses that are pushed to the edge (for the time being), probably serving homeowners that can't afford houses closer to urban or other commercial cores. One way to tell this is the "end of the line" is the fact the power lines don't extend to the right.

These last three examples are markedly different than most of the other patterns shown earlier, indicating that there are choices for those who want to live more responsibly without living in cities. Or to put it another way, there are alternatives to the housing that author Alex MacLean describes as "monotonous, sterile, inefficient and pedestrian unfriendly."

Entertaining5 Ideas for Hosting a Party With a Purpose on Giving Tuesday
By Laura Gaskill
Invite guests to a festive gathering to socialize — and donate to a charitable cause — on Dec. 3
Full Story6

Remodeling GuidesHow to Take Care of Your Neighbors When Remodeling
By Laura Gaskill
Being communicative, considerate and responsive can help keep the peace in the neighborhood
Full Story11

Disaster Prep & RecoveryFall 2018 California Wildfires: How You Can Help
By Julie Sheer
Here are ways to donate to help victims of the Northern and Southern California fires
Full Story6

Disaster Prep & RecoveryHurricane Michael: How You Can Help
By Anne Colby
Find out how you can donate to groups providing disaster relief and recovery assistance to storm victims
Full Story2

Disaster Prep & RecoveryHurricane Florence: How You Can Help
By Anne Colby
You can donate to groups offering disaster relief to storm victims. Also: how to help victims of Super Typhoon Mangkhut
Full Story3

Feel-Good HomeHow to Throw a Block Party
By Anne Colby
Get fun ideas, useful tips and step-by-step advice for organizing a successful event in your neighborhood
Full Story13

LifeHow You Can Help Volcano Victims
By Julie Sheer
Want to donate to help people affected by the eruptions in Hawaii and Guatemala? Here are groups providing assistance
Full Story16

Life9 Non-Awkward Ways to Meet Your Neighbors
By Gwendolyn Purdom
Get tips on how to finally connect with the people nearby, whether you’re an introvert or a social butterfly
Full Story47

PorchesA Denver Porch Makes a Happy Connection With Neighbors
By Erin Carlyle
This bungalow has an extra outdoor room, where neighbors are sought-after guests
Full Story10

Earth DayA Creek, a Family and a Gift to the Future
By Scott Freeman
Rehabilitating a degraded salmon run gives a family new purpose and a deeper connection with the land
Full Story43
Shop Related Categories 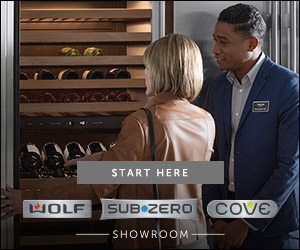 10 Ways to Build Community Where You LiveFull Story

How to Take Care of Your Neighbors When RemodelingFull Story

Fall 2018 California Wildfires: How You Can HelpFull Story

Hurricane Michael: How You Can HelpFull Story

Hurricane Florence: How You Can HelpFull Story

How You Can Help Japan’s Flood VictimsFull Story

How to Throw a Block PartyFull Story 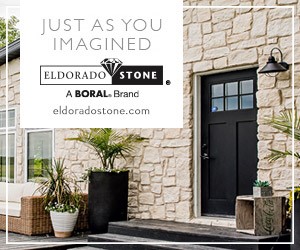