Houzz Tour: Curves Ahead for a Modern Melbourne Addition

John HillJune 6, 2013
Houzz Contributor. I am an architect and writer living in New York City. I have Bachelor of Architecture and Master in Urban Planning degrees, and over ten years experience in architectural practice, split between Chicago and NYC. Currently I'm focused on writing and online pursuits. My daily blog can be found at http://archidose.blogspot.com
More
Print
Embed
Facebook
Twitter
Email
Abbotsford, a suburb of Melbourne, is dotted with Edwardian houses that reflect a more modest style of architecture following the ornate Victorian architecture of the 19th century. The Edwardian houses make for pleasing streetscapes — and those streetscapes are retained via rear and unobtrusive additions.

Architect Anthony Chan approached an expansion of one such Edwardian home in the inner-city suburb by picking up on materials and formal consistencies of the style, but finding a contemporary expression for them. He had to deal with a number of site constraints, but the resulting addition works unexpectedly well with the existing house and creates an open, airy and sunlit interior for the family.

Houzz at a Glance
Who lives here: A young, energetic family
Location: Abbotsford, a suburb of Melbourne
Size: 1,925 square feet, including the existing house
Chan Architecture Pty Ltd
When Chan and his team at Chan Architecture took on the commission, the family's kitchen and dining room was a lean-to added onto the back of their brick house. They desired a new living, dining and kitchen space that would become, in Chan's words, "the nucleus of the home," so it was clear what needed to be done.

But a diagonal easement cutting across the rear yard meant the new addition had to be shaped to create the most square footage. Chan responded with curves that soften the diagonals that happen in floor plan (the living area and its recycled brick walls on the left) and in roofline (the top-floor master bedroom on the right); he found inspiration in the bullnose profiles of the roofs that cap the verandas on Edwardian houses.
Chan Architecture Pty Ltd
The curbside view of the house facing east shows the character of the Edwardian original and the invisibility of the addition, but it also reveals the crowded conditions — the house abuts another house on the right (north) side. To the south is a right of way that enables the family to park their car in the small yard shown in the previous photo.
Chan Architecture Pty Ltd
Another driving consideration for the addition was the large Red Box gum tree in the backyard. The angle of the living room and the narrow windows of the kitchen and bedroom above look out onto this impressive tree on the west. The mutlihued green panels also were inspired by the tree.

Here we are seeing it from a neighboring property, where some playful and colorful cladding is also happening.
Chan Architecture Pty Ltd
The L-shaped addition on the ground floor is open but broken down into smaller areas: the clean and modern kitchen on the left, overlooking the dining area at the corner of the L, and the living room beyond, looking at an angle to the gum tree.

Chan carefully positioned windows and skylights to bring in as much light as possible. Valuable northern light comes in through a light court cut into the plan (at right, next to the dining table) and through a clerestory and skylight that run the full east-west length of the addition (visible over the light court and over the couch).
Chan Architecture Pty Ltd
Here we see the light court, looking from the living room to the dining area and kitchen; through the opening is the original house. A few details are worth pointing out in regard to the light court: tall clerestory windows help to bring in even more light to the open plan, sliding doors provide access to this small outdoor space, and a partial-height fence provides privacy from the neighboring house and its light court.
Chan Architecture Pty Ltd
Within the existing house, Chan opened up the stair and creatively designed around it to do triple duty: vertical access, storage and study. If this space seems particularly bright, it is because it is gaining natural light from three sources: a north-facing window on the upper floor of the stair, a window on the third side of the light court (just out of frame to the right) and a light tube visible in the upper-left corner of the photo.
Chan Architecture Pty Ltd
The reason for the light tube should be apparent here, as a study has been inserted next to the stair. This may seem an unlikely place for such a thing, but with a small existing building and site constraints dictating a much of the addition's design, this solution creatively takes advantage of what I could see might otherwise have become a big walk-in closet.
Chan Architecture Pty Ltd
Above the kitchen is the master suite, which consists of a bedroom, a bathroom and a walk-in closet that leads to a deck above the living area; the last can be seen in the wood-slat railing in the first photo. The curved profile of the roof, also seen in the first photo, gives the bedroom some special character and the ability to grab some north light (behind us in the photo) via clerestory windows over the bathroom and walk-in closet.
Chan Architecture Pty Ltd
From the deck, our last view of the house, we see that curved profile and the clerestory windows around the corner. Simple and utilitarian contemporary materials cover this upper level, leaving the special splash of color for the wall facing the backyard and the shade of the gum tree.
Print
Embed
Facebook
Twitter
Email
See 30 comments
Explore Related Topics
Houzz ToursContemporary Homes
Read Related Stories

Houzz Tour: Home Looks to the Sky for Light and Space
By Kate McKee·51
Contemporary Homes

Houzz Tour: House on a Slope Goes Upside Down to Let In Light
By Melissa Cowan·32
Homes Around the World

Houzz Tour: New Angle on a Multifaceted Renovation
By Rebecca Gross·22
Homes Around the World

Houzz Tour: Blending In and Standing Out
By Nora Burba Trulsson·104
Modern Architecture

Houzz Tour: 1970s Home With a Cool Contemporary Look
By Louise Lakier·20
Homes Around the World

We Can Dream: Rural Retirement Home a Haven of Beauty and Tranquillity
By Joanna Tovia·161
Dream Spaces

Houzz Tour: A Vintage Home Wrapped Up in a Box
By Joanna Tovia·76
Architecture

Houzz Tour: Home Looks to the Sky for Light and SpaceFull Story

Houzz Tour: A Sun-Soaked Solution for a Narrow SiteFull Story

Houzz Tour: House on a Slope Goes Upside Down to Let In LightFull Story 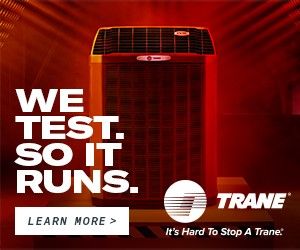