Houzz Tour: How Can We Get Invited to This Awesome Midcentury Home?

Mitchell ParkerJune 9, 2016
Houzz Editorial Staff. Home design journalist writing about cool spaces, innovative trends, breaking news, industry analysis and humor.
More
After closing the chapter on a decade in New York City, interior designer Brad Krefman and real estate agent Eric McFarland headed west with their French bulldog, landing in Marin County on the outskirts of San Francisco. They looked at nearly 40 houses before coming across a midcentury gem clad in clear heart redwood. It formed an L shape around a courtyard pool and sat far back on a flag lot, affording plenty of privacy. “It checked all the boxes for life in California that would be diametrically different than life in New York,” Krefman says.

To update the home, they removed the “Golden Girls Florida-style shutters,” Krefman says, that had previously covered all the large windows. This brought in natural light and views to the pool, now visible from nearly every room. They also built a new deck with a custom retractable shade feature to enjoy the sunny weather, replaced the interior floors, made minor but impactful updates to the kitchen, and filled the rooms with modern classics and vintage furniture pieces.
BK Interior Design
Houzz at a Glance
Who lives here: Brad Krefman, owner of BK Interior Design; Eric McFarland; and Hugo, their French bulldog
Location: Marin County, California
Size: 1,400 square feet (130 square meters); two bedrooms, two bathrooms; plus a 400-square-foot, one-bedroom, one-bathroom casita used as a home office

Krefman says one of the best things about the house is the original redwood exterior siding, which the couple chose to leave alone. This view looks across the pool at the L-shaped house. The master bedroom sits on the left, a TV room directly ahead, a living room in the far-right corner, and the kitchen and dining space just out of view to the right of the large tree.
BK Interior Design
The backyard originally didn’t have any lawn, just 4-by-4-foot pavers, many of which were cracked and broken. “It was like a toe-stubbing minefield back there,” Krefman says. He and McFarland removed the broken slabs, then repositioned the ones in good shape to create areas for dining and lounging. The rest they covered in lawn. “It’s more parklike and usable than before,” Krefman says.
BK Interior Design
The deck to the right is original. The couple added the raised deck in the background to create more of a fluid extended living space off the kitchen.
BK Interior Design
Removing large pine trees from the property meant a lot more exposure to sunshine, so Krefman designed a custom retractable shade structure that riffed on something he’d seen at the Parker hotel in Palm Springs, California, and on various awnings in Northern California’s wine country. The shade fabric slides along steel cables. When Krefman or McFarland want to open one side or the whole thing, they use a kind of cane to reach up and slide the fabric across. Magnets on the end snap the fabric in place when it’s fully opened. “I wanted to avoid a giant umbrella pole,” Krefman says. “This really freed up floor space and allows us to manage what gets sun and what doesn’t.”

Krefman says that he and McFarland have an “open-door policy” on the weekends for friends wanting to get away from the San Francisco fog and into the sunshine. Friends stop by to hang out by the pool, and enjoy wine and cheese or cocktails. “We never know who’s going to show up,” Krefman says. “We stay busy entertaining, for sure.”

Awning: PJ’s Canvas; coffee tables: Restoration Hardware; sofa and chairs: Terra Patio; console table: Crate & Barrel
BK Interior Design
A walkway leads from the driveway to a gate that opens to the new backyard deck. If you turn right before going through the gate, you’ll arrive at the front door.

McFarland spearheaded the landscaping overhaul. They kept a lot of mature bamboos, yuccas and camellias, and added drought-tolerant California native plants, succulents, agaves, leucadendrons, Mexican sages and more. “It’s a little bit Southern California, Palm Springs meets Australian meets Bay Area native,” Krefman says.
BK Interior Design
This view shows the front door. The couple sanded and sealed some water-damaged rafters, and painted them in Benjamin Moore’s Soot.
BK Interior Design
The entry opens to the living room. The ceiling beams were already painted white when the couple moved in, but they chose to keep the original redwood ceiling intact. “There’s no way we’d touch that ceiling, not in a million years,” Krefman says. “It’s clear heart redwood, mostly free and clear of knots. It has an amazing grain pattern. Redwood is now protected in California. To have that in its original state is something to cherish and appreciate.”

They skim-coated and sanded the walls for a smoother finish, then painted them in Benjamin Moore’s Edgecomb Gray.

Sectional: B&B Italia; coffee table: vintage; windows: Blomberg Window Systems
BK Interior Design
A painting of the Brooklyn Bridge by artist and friend Lisa Steiner hangs over the fireplace, which the couple converted from wood-burning to gas. A pyramid of concrete balls takes the place of fake logs.
BK Interior Design
On the other side of the living room is a vintage wood console by midcentury furniture designer Jens Risom. The couple got the piece for a steal at a vintage shop in Hudson, New York. “We rented a U-Haul that day, paid cash and made out like bandits,” Krefman says. “I look at the price for it online today and have to pinch myself.”

The painting above is by Courtney Booker, another artist friend. “We like that the woman has this eternal contemplative look like she’s always asking you how your day is or how it’s going,” Krefman says. “I find it very engaging and like to look at it every day.”
BK Interior Design
Vintage Bitossi ceramics decorate a table behind the sofa. McFarland gave the two smaller pieces to Krefman for his birthday. Krefman took a canister he found later to Dogfork Lamp Arts to have it converted into a lamp.
BK Interior Design
A vintage teak bar cart topped with high-gloss Formica sits near the living room and entryway. A polished nickel tray holds vintage decanters.

The couple ripped up wall-to-wall carpeting throughout most of the home, linoleum in the kitchen and wood in the living room, then put in oak floors to make the spaces feel bigger and connected.
BK Interior Design
The dining room is between the living room and kitchen, creating an open floorplan.

A 1970s Venini chandelier from McFarland’s mother hangs over a vintage dining table and chairs, the latter of which are covered in outdoor fabric. “In case anybody spills or our French bulldog rests his drooly face against the chair,” Krefman says. He designed the rug himself with Mark Nelson, a rug fabricator in New York.

The lack of window treatments is an ongoing conversation in the household. Krefman would like curtains in the bedroom and TV room at least, but McFarland considers them contrary to the architecture of the home. “So far he’s winning,” Krefman says.

Chair fabric: Perennials
BK Interior Design
In the kitchen, the couple kept the original cabinets but added a new Caesarstone countertop to replace the original 4-by-4-inch black porcelain tiles with thick grout. The couple bought the red tile from Heath Ceramics’ stock of seconds. They were intended for another job but deemed seconds because the glaze is inconsistent, showing a mix of dark and light tones, which the couple liked. The tile came in three sizes: 2-by-4, 2-by-6 and 2-by-8 inches. The couple had their installer dump them out, mix them up and put them up randomly.

A collection of vintage sepia-toned glasses occupies the glass-fronted cabinets.
BK Interior Design
The couple got new Gaggenau appliances but kept them in the same location as the originals.
BK Interior Design
They converted their second bedroom into a TV room. Krefman hung kitchen cabinets from Ikea on the back wall and had them topped with walnut. Walnut shelves float above. The chair is covered in camel-colored corduroy.

Rug: The Rug Company; sofa: Crate & Barrel
BK Interior Design
A vintage Polaroid camera, one of many that McFarland collects, acts as a bookend for novels and volumes on art history, photography, California landscapes and more.
BK Interior Design
In the master bedroom, a midcentury vintage piece acts as a dresser. A Henry Miller print hangs above; an oil painting of the coast near Big Sur, California, hangs to the left; and a photo of a vintage car in Cuba is to the right.

A large sisal or jute basket holds extra blankets. The rug is sisal.

Bedding: Coyuchi; pillows: John Robshaw
BK Interior Design
In the bathroom, the base cabinets are original, but the countertop is new. It’s a cut section of marble from a riverbed in Brazil.

Wall paint: Revere Pewter, Benjamin Moore
BK Interior Design
An outdoor shower makes pool time more convenient.
BK Interior Design
A wood walkway at the back of the house features a shade garden.
In this quick sketch, Krefman shows the flag lot. A driveway leads from the street to a carport and separate casita that he uses as his home office.

Houzz ToursHouzz Tour: An Architect Renovates His Midcentury Home With Care
By Camille LeFevre
The California house had great bones and a pool for the kids. He opens up views and gives it a contemporary refresh
Full Story61

Houzz ToursWe Can Dream: A Palm Springs Paradise Awash in Art and Views
By Camille LeFevre
Midcentury and contemporary design, wild and cultivated landscapes, and plenty of art merge in this gorgeous desert home
Full Story28

Modern HomesHouzz Tour: A Midcentury Modern House Opens Up
By Becky Harris
The renovation of a 1951 ranch house in Los Angeles expands living areas to a newly landscaped patio and pool
Full Story43

Houzz ToursHouzz Tour: Stylish, Creative and Comfortable in Stockholm
By Sara Norrman
The 1955 home of a Swedish modernist architect is a source of well-being for an interiors editor and his family today
Full Story48

Houzz ToursHouzz Tour: Colonial-Era Home Puts Down New Roots on a Farm
By Karen Egly-Thompson
A 1740 historic home is bought disassembled and then reconstructed on-site in another state
Full Story68

Houzz ToursMy Houzz: A New Layout Replaces Plans to Add On
By Margot Hartford
Instead of building out, a California family reconfigures the floor plan to make the garden part of the living space
Full Story34
Shop Related Categories

We Can Dream: A Palm Springs Paradise Awash in Art and ViewsFull Story 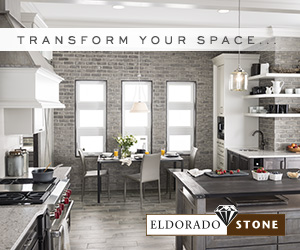