Up to 70% Off
Kitchen Sinks & Faucets

Up to 60% Off
Kitchen and Dining Room Furniture

Up to 75% Off
Dining Room Rugs

Up to 65% Off
Kitchen Lighting

A decommissioned fire station becomes an energy-efficient, clean-lined home with a separate apartment

Becky HarrisMay 22, 2019
Houzz Contributor. Hi there! I live in a 1940s cottage in Atlanta that I'll describe as "collected." I got into design via Landscape Architecture, which I studied at the University of Virginia.
More
Print
Facebook
Twitter
Email
Jamie O’Donnell loves a project and the idea of adaptive reuse. After he sold a retreat lodge he had run for years in Nevada City, California, he was champing at the bit for a new challenge. He set his real estate app on high alert and was intrigued when a ping let him know that a decommissioned fire station was for sale.

Before: “The original fire station was in a neighborhood setting, so converting it into a residence made sense given the context,” Breen says. “This fire station, however, lacked the charm the name suggests and was essentially a large garage for fire engines — a simple rectangle with two large truck bays, a gutted kitchen area and two bathrooms.” The station had tall ceilings but wasn’t designed as a two-story structure and didn’t have sleeping quarters. Adaptive reuse — check. A design challenge — check. A design-build firm that specializes in high performance, zero net energy design and construction — check. O’Donnell had found his new home.

“We developed the architectural plan as well as a plan for a deep energy retrofit to the building,” Breen says. “We decided to subtly evoke the typology of the firehouse in the conversion as a nod to the building’s previous life, while reimagining the interior as a loft-style residence with a spacious, open floor plan.”

She clad the exterior in two types of siding that tell a story: fiber cement panels on the original structure and cedar siding on the new additions. The addition on the left consists of a porch and, beyond it, an entry vestibule. Another small addition contains a master bath and closet.

Breen reworked the roof to include a vaulted ceiling and clerestory for an accessory dwelling unit on the second floor that has its own exterior entrance. The second story also has a second bedroom for O’Donnell’s domain.

Because the original garage doors faced south toward a busy street, she kept the sense of them with steel surrounds but filled them in with energy-efficient windows that provide privacy and maintain a tight envelope. She got them from California company Sierra Pacific Windows to reduce the carbon footprint of transporting them. And she added the chimney between them to evoke the bell towers seen on classic fire stations. The new clerestory lines up along the roofline with the chimney.
Before Photo
Before: This photo shows the west side of the building before Breen added the porch and entry. She kept the locations of the original high windows but replaced them with a more energy-efficient product. Their original function was to let firetruck exhaust escape. Now they provide lovely light and can be cranked open for cross ventilation.
Atmosphere Design Build
Photo by Kat Alves

“The neighborhood is located at about 4,000 feet above sea level, with tall ponderosa pines and a mix of housing types. It snows at this elevation, so designing for the four distinctive seasons that we get was a consideration,” Breen says. For example, the new porch shields the western side of the house from direct sunlight and the entrance from rain and snow.

The roof is corrugated weathering steel. “Weathering steel calls forth the local mining town vernacular and also blends in well with the surrounding landscape,” she says.

Other elements of the energy retrofit include photovoltaic panels and LED lights throughout. O’Donnell’s electric bills are close to net zero, meaning that his home generates as much electricity as it uses over the course of a year.

Find a contractor in your area
Becky Harris
Before: Transforming the station into a home was indeed an ambitious project. Breen recommended replacing the drywall that had soaked up fumes from the firetrucks’ diesel engines. She also added a vapor barrier and insulation to the slab, plus insulation to the roof and walls, and sealed the openings with tape to create a tight envelope.

“I grew up in a New England Victorian, and I wanted the opposite — no small rooms and not a lot of clutter,” O’Donnell says. Instead he wanted a bright and simple loft-like space.

“Jamie has many friends and likes to host events, so he wanted the main living space to be open and accommodate large groups while still feeling intimate and cozy,” Breen says.
Atmosphere Design Build
Photo by Kat Alves

“Mela and Jeff create very clean and articulate lines in their work,” O’Donnell says. “They created volume with height, light with lots of windows, and a second story.” The main living space enjoys the light from the series of windows along the street-facing side of the house and from the high windows. Breen tucked the kitchen along the back of the house beneath the second story.

O’Donnell was eager to use reclaimed materials where he could, especially on the floors. He found a large quantity of reclaimed bleacher wood from an old high school basketball arena on Craigslist. The long planks cover the floors, stairs, stair railing, shoe rack and some built-in shelves on the mezzanine.

He has an extensive art collection but didn’t want it to detract from the clean lines of the architecture, so he enlisted the expert eye of a good friend to help him choose and place pieces. For example, a long woodblock depicting the regional wildlife by Sacramento artist Daniel Stolpe follows the line of the mezzanine railing above the dining table. And a long African Kuba cloth scroll emphasizes the verticality of the staircase wall. The bureau in the great room was designed by Donald Deskey, who created the Art Deco interiors of Radio City Music Hall. The Hopi kachina butterfly on top of it stands 4 feet tall, drawing the eye up to the high windows.
Atmosphere Design Build
Photo by Kat Alves

Here are O’Donnell and his friend with the artistic eye hanging out in the great room. The two former garage door openings flank a new wood stove. One of the more challenging aspects of the project was creating an open space with high ceilings that would stay warm during the region’s colder months. Insulation, energy-efficient windows and sealing keep the home comfortable year-round. “I find that these walls are so well-insulated that once the space is heated, they really hold the temperature,” O’Donnell says. He also wanted the cozy feel of a wood stove but kept environmental concerns in mind. “This model from Vermont Castings captures double the state-required emissions before it even goes up the pipe,” he says.

“I knew the windows were going to be 24 inches off the floor, so I suggested making the most of them by adding built-in seating that would emphasize horizontal lines,” he says. “I take long daily walks to the reservoir down the road and back, and afterward one of my favorite things is lying on one of these and watching the light change at sunset.”

Open shelves crafted from the reclaimed high school arena wood give O’Donnell a chance to display his collection of ceramics by Warren Mackenzie. “He was the master of Japanese design-meets-Midwestern ceramics,” he says. The artwork depicting Nez Percé Chief Joseph lines up with the windows.

O’Donnell wanted to live on one floor. This hallway beyond the staircase leads to a powder room and his master suite.
Becky Harris
Photo by David Townsend

The modestly sized bedroom is cozy, and the bed enjoys a view out the windows to the trees.
Becky Harris
Photo by David Townsend

Farther down the hallway is his master bath. A granite counter picks up the calm tones of the walls and adds a natural material to the mix. O’Donnell loves clean lines, and he also appreciates fine craftsmanship — these hammered copper sinks by California company Native Trails are handcrafted by artisans.

A mezzanine overlooking the first floor provides a spot to read and another place to display ceramic, woven and wooden pieces from his art collection. Another room up here serves as an office and guest room.
Becky Harris
Photo by Kat Alves

O’Donnell spends a few days a week 100 miles away helping a relative, so he wanted a separate apartment for a local intern or student who would look after the place full time. This second-floor accessory dwelling unit has its own private entrance (see the stairs that lead to it in the fourth photo), a small covered balcony and a long studio apartment floor plan. Breen used Rockwool insulation to soundproof the unit.

Breen removed the back half of the original attic and reframed it with a vaulted ceiling and a clerestory. “It can be hard to provide enough natural light to attic spaces — the clerestory allowed us to place windows on the east side of the building so that the upstairs spaces don’t overheat,” she says.
Before: The floor plan showed a basic garage with a gutted kitchen and two bathrooms.
After: On the first floor, additions included the covered porch and entry vestibule on the left and the master bathroom and closet on the right.
On the second floor, changing the roof allowed for the high ceilings. The ADU runs along the top of this plan, while the other room off the mezzanine is the office-guest room on the right.

O’Donnell is thrilled with the way his new home turned out and is looking for his next challenge. At present he’d like to sink his teeth into a cohousing project.

My Houzz: Updates Preserve the Character of a 1921 Bungalow
By Rachel Loewen·24
Houzz Tours

My Houzz: Magic Realism in a Converted 1906 Substation
By Marni Epstein-Mervis·53
My Houzz

My Houzz: A 1940s Seattle Gem Gets a Tip-to-Toe Makeover
By Kimberley Bryan·31
Houzz Tours

My Houzz: A House Made of Mud in Arizona
By Margot Hartford·84
My Houzz

My Houzz: Colorful, Eclectic Style in an 1890 Kentucky Brick Home
By Sarah Parisi Dowlin·35
My Houzz

My Houzz: Antiques Mingle With Modern Style in a 1920s Tudor
By Theresa Fine·92
Houzz Tours

My Houzz: Dream Home a Labor of Love and Passion
By Mina Brinkey·89
Houzz Tours 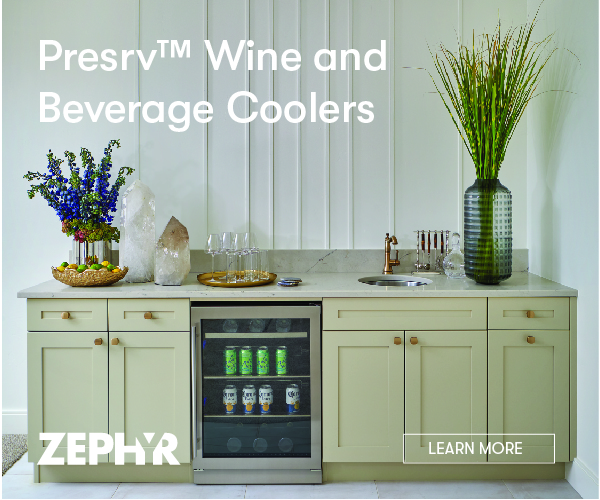 Houzz Tour: A Mix of Modern and Spanish-Inspired DecorFull Story

My Houzz: Updates Preserve the Character of a 1921 BungalowFull Story

My Houzz: Magic Realism in a Converted 1906 SubstationFull Story

My Houzz: Welcoming and Serene Island Homestead for 2 CreativesFull Story

My Houzz: A 1940s Seattle Gem Gets a Tip-to-Toe MakeoverFull Story