Top Ideabooks
6 Beautiful Master Bathrooms With Double-Vanity SetupsSoothing Blues and Whites in a Virginia New BuildNew Layout and Function for a Chicago Family HomeColor, Heirlooms and Artwork Refresh a Kansas City Home
Appears in
Houzz Tours
Before and Afters
Before and Afters

My Houzz: Boston Condo Renovation Revolves Around the Views

Mary PrinceFebruary 2, 2017
More
Print
Facebook
Twitter
Email
When Keith and May Gordon bought their downtown Boston condominium, they embarked on renovating the kitchen and bath, and decorating in a new color scheme that would blend with the vast, ever-changing cityscape outside their floor-to-ceiling windows.

Keith, a retired real estate developer and contractor, oversaw the renovations and the hiring of subcontractors and artisans, while May worked with designer Laura Knight on the color palette that would serve as a backdrop to the couple’s collection of original art. These were roles they had played in their previous renovations.

The windows and their stunning views are the focus in the great room, so the Gordons oriented the furniture to take advantage of them.

The city scene outside played a major role in the overall color palette. “The idea was to have the colors sit back and go with the view and not fight with it,” Knight says. She and May selected rich matte paint colors for every room to complement the city’s hues. The four colors in this room create interest in the large space and a visual connection with the architecture that can be seen in the distance.

Paint: Gargoyle (walls), Rockport Gray (low ceilings), Nimbus (high ceilings) and Winter Snow (trim), Benjamin Moore
Before Photo
Mary Prince Photography
BEFORE: The room in the condo, built in 2000, had a stark, generic feel with the pale walls, ceiling and light fixture. There was a disconnect between the outside and the inside.
Mary Prince Photography
AFTER: Bleached-wood furniture, an earth-toned sectional and a natural-fiber sisal rug give the great room a casual, comfortable look after the renovation in May 2016.

Rug: Kenya in diamond pattern, Sisal Rugs Direct
Mary Prince Photography
The Gordons replaced the light fixtures throughout the home. An eye-catching oversize chandelier gives the earthy-style great room a touch of pizazz and breaks up the long view from one end to the other. Keith initially thought it was too large and heavy, but he found a way to secure it in the cement ceiling.

Striped wallpaper also lessens the visual depth of the room, and makes the large wall more intimate and inviting.

The floors throughout the home are refinished with a dark walnut stain.
Mary Prince Photography
In the master bedroom, the muted purple paint “pulls” from the colors in the buildings and skyline, Knight says.

Wall paint: Pinch of Spice, Benjamin Moore
Mary Prince Photography
Keith and May had the wall-to-wall carpeting removed in the bedrooms and the office-den to reveal gorgeous wood flooring underneath.
Mary Prince Photography
The Gordons stayed within budget and on schedule by keeping things simple and avoiding last-minute changes. The complete renovation of their bathroom, which now features a luxurious steam shower and a heated floor, cost about $60,000. The same Gioia Carrara marble used here also appears in the kitchen. Louis W. Mian installed the countertops thoughout the condo.

Sink: Yin Yang, Kohler via Home Depot; wall lights: Harper, Hudson Valley Lighting
Before Photo
Mary Prince Photography
BEFORE: The original bathroom had a small shower stall and a large bathtub.
Mary Prince Photography
AFTER: The Gordons are self-confessed shower people, so they got rid of the tub and small shower. The new oversize shower has a rain shower head and a view of the city. The steam shower on the right replaced the original shower. Fortunately, the Gordons were able to keep the original floor drains in place.

The couple purchased the Buddha on a trip to Thailand.

Mary Prince Photography
Keith and May fully renovated the kitchen, while keeping the original layout, with the help of Laura and Ken Schaefer of Right Angle Kitchens. They chose contemporary cabinets, Gioia Carrera marble countertops and new cherry flooring with a dark walnut stain.

May is from the Philippines and loves to cook, so she wanted the room to have a tropical feel. Ken wanted the kitchen to be bright. They agreed on a yellowish-green wall color. The sisal rug contributes to the tropical feel.

Wall paint: Sesame, Benjamin Moore; cabinets: Eaton (upper) and Pikes Peak (lower), Design-Craft
Before Photo
Mary Prince Photography
BEFORE: The kitchen felt dated to the Gordons.
Mary Prince Photography
AFTER: A collection of Sydenstricker glass dishes from Keith’s mother decorates a kitchen shelf. The electrical outlets reside under the cabinets rather than on the walls.

Knife set: Global via Williams Sonoma
Mary Prince Photography
The Donna Karan bedding in this guest bedroom exudes city chic. The color mimics those in the buildings visible through the window.

Wall paint: Mulberry Wine, Benjamin Moore
Mary Prince Photography
In the guest bedroom’s bath, the paint color goes with the existing tile and stays within the earth-tone palette in the rest of the home.

Wall paint: Wilderness Cabin, Benjamin Moore; vanity: Ronbow
Mary Prince Photography
The Gordons turned the second guest bedroom into an office-den for watching TV while relaxing in the Stressless leather chair by Ekornes. The green wall paint relates to the verdigris color on the rooftops of neighboring buildings.

Wall paint: Pleasant Valley, Benjamin Moore; desk: Ralph Lauren
Mary Prince Photography
For a hall half-bath, Knight and May chose a rich color to dress it up and to marry the existing tile to the new vanity.

Metal console: Duravit; wall paint: Gray Mountain, Benjamin Moore
Mary Prince Photography
A casual ambience greets guests as they enter the condominium. The rustic wall unit-bench made from reclaimed wood does double duty as a mudroom storage and sitting area. A tall cabinet with louvered doors makes up for a lack of closet space. The sisal rug and glowing ceiling light are meant to make everyone feel relaxed.

My Houzz is a series in which we visit and photograph creative, personality-filled homes and the people who inhabit them. Share your home with us and see more projects.

Houzz Tour: An Antique Map Is the Star of This Condo
By Becky Harris·19
Houzz Tours

Houzz Tour: A Bright Riverside Apartment in London
By Anna Tobin·38
Homes Around the World

Houzz Tour: Understated Luxury in a London Flat
By Anna Tobin·60
Homes Around the World 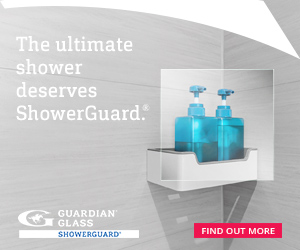 Houzz Tour: An Antique Map Is the Star of This CondoFull Story