Room of the Day: Curiosities Bring Quick Intrigue to a Living Room

From blank box to captivating, exotic concoction, this room goes for the wow factor — and the whole house took just 4 days

Mary Jo BowlingFebruary 17, 2014
Houzz Contributor; writer, reader, serial remodeler.
More
Before Photo
San Francisco interior designer Ian Stallings had never had a project like this one: He was hired by a couple in their 20s who had a brand-new house and very few things to put in it. In fact, they had only a bed and a single chair. Before they met Stallings, they were growing frustrated about getting the project off the ground. Their message to him was clear: Get it done fast.

They were headed out of town for four days, and Stallings agreed to furnish the home in that time. “I told them that they wouldn’t have custom draperies and things like that, but the house would be pulled together, and it would be a good starting point,” he said. The designer set out to give the couple a home that looked like it was years in the making.

The house had good bones, but without furniture or accessories, it simply wasn’t functional.
Ian Stallings
AFTER: The house is filled with color and comfortable, beautiful furnishings. Stallings has a fine arts background, so it’s no surprise he usually begins with the art. “You can just assemble pretty things and make a good room,” he says. “But it’s so much more interesting if you tell a story. Art is a great way to begin the tale.” This painting, “Alpha Epic II” by Jagannath Panda, sets the scene with surrealistic images that include a sacred ox covered in bright prints, a large branch or root-like shape, and sleek airplanes taking flight in the background. A ledge holds tribal spears. “The piece sets the color scheme,” says Stallings. “The blue and orange come directly from the ox.” The spears were the inspiration for tribal elements such as the zebra-print chairs and the pillows.
Ian Stallings
The artwork above the fireplace also references nature. “It’s the image of a dahlia, but when you get so close to it, it almost becomes abstract,” the designer says.

Before the couple purchased the house, it had been extensively remodeled to the tastes of the previous owners. A wall of bookshelves had been added to the living room. “This couple has all of their reading material on an iPad and Kindle,” says Stallings. With a room full of shelves and not a single book to put on them, the designer created a cabinet of curiosities.
Ian Stallings
In the 17th century, a cabinet of curiosities was something of a personal museum, with much of it dedicated, but not limited to, natural wonders. Sometimes it was a mere cabinet; sometimes it was an entire room. Using nature as the starting point, Stallings assembled an array of objects as diverse as the collections of our ancestors. Displayed are cast models of dragonflies, butterfly specimens, religious paintings and midcentury salad bowls that vaguely resemble African art. He put them all together with the eye of the painter he used to be.

The designer’s reasoning was twofold. “We could have furnished it quickly with modern furniture, but it would be a sterile look that’s been done. These objects make it interesting,” he says. He also says the eclectic collection makes the room look like it was done over a lifetime, not over a little more than a long weekend.
Ian Stallings
With no time for fabricating cushions, Stallings softened the window seats with an eclectic array of pillows.
Ian Stallings
The sleek console and illuminated artwork are reminiscent of the industrial images in the art. “I had purchased this piece before I got this job,” Stallings says of the glowing wall-hung dome. “I bought it because it was wonderful, and I knew I’d find a home for it.” The circular shape is picked up in the other objects and upholstery throughout the room.

With the job complete, Stallings waited anxiously for word from his clients. At 6 p.m. on a Sunday night, the initial feedback came via a text message that read, simply, “WOW.”

Most Popular12 Ideas for a Knockout Kitchen
By Laura Gaskill
Give your cooking space sizzle with color, pattern and materials used in unexpected ways
Full Story228

Room of the DayRoom of the Day: Rescuing a Beverly Hills Living Room
By Mary Jo Bowling
Fretwork panels, textured neutrals and artfully exotic touches turn an unexciting room into a feast for the eyes
Full Story42

Wall Treatments13 Creative Ways With Patterned Wallpaper
By Kurt Cyr
Treat your walls to captivating splashes of color or texture, for rooms that shut the door on boring
Full Story109

Decorating GuidesDitch the Rules but Keep Some Tools
By Becky Dietrich
Be fearless, but follow some basic decorating strategies to achieve the best results
Full Story125

Room of the DayRoom of the Day: Deep Blue Proves a Hot Hue
By Mary Jo Bowling
Navy takes a New Jersey living room from dull to dashing in the flick of a paintbrush
Full Story129

My HouzzMy Houzz: Neutral and Natural Elegance in Texas
By Sarah Greenman
Creamy hues, plush furnishings and vintage touches create a serene setting for a stylist and her family
Full Story78

Most PopularStandouts From the 2014 Kitchen & Bath Industry Show
By Anne Higuera CGR, CAPS
Check out the latest and greatest in sinks, ovens, countertop materials and more
Full Story221

Decorating Guides25 Ways to Stay Sane in a Small House
By Mitchell Parker
Get more storage, better light and a feeling of spaciousness with these savvy — and sometimes surprising — strategies
Full Story79

Give Your Compact Patio Some Major StyleFull Story

12 Ideas for a Knockout KitchenFull Story

Perk Up Your Bedding’s PersonalityFull Story

Single Design Moves That Make All the DifferenceFull Story

Ditch the Rules but Keep Some ToolsFull Story 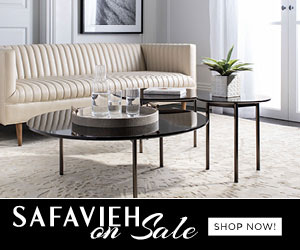