Top Ideabooks
What to Know About Engineered Wood FloorsNew This Week: 6 Welcoming Kitchens With Wood CabinetsHow to Care for Wood Kitchen CountertopsWhy Wood Works in the Bath
Appears in
Materials

Your Floors: Zebra, Tiger, and Teak Wood, Oh, My!

Get the Pros and Cons of Exotic Woods: Hickory, Cherry, Rosewood and More

Paul AnaterAugust 9, 2011
I am a former designer, past Houzz contributor and current Marketing Director at The Reclamation Project, a reclaimed lumber flooring and furniture company in Pennsylvania.
More
Print
Embed
Facebook
Twitter
Email
In the first installment of my flooring series, I reviewed some of the characteristics of some common wood species used for solid plank floors that are common in North America and Europe. In this second installment, I'll review the characteristics of some less commonly used and exotic wood species that are also being used as flooring.

Some of these exotic woods are sustainably harvested and some are not. Any time you're looking at wood floors, make sure the wood you're buying bears the logo from the Forest Stewardship Council or the Sustainable Forestry Initiative. There's no need to contribute to deforestation as you beautify your home so do your homework.

Exotics are always considered in choosing a flooring design due to their distinctive grain patterns, and they're best left with natural finishes although your options are limitless.
Paul Anater
Mahogany is an exotic wood with a checkered past and present. New World mahogany is nearly extinct in its once-extensive native range and is only now being sustainably harvested in Honduras. Check for those sustainable forest labels when you buy mahogany.

Mahogany is a highly durable, water-resistant hardwood when installed as flooring. 20 years ago it was rarely encountered, but tree farms in Southeast Asia and the Pacific Islands have increased the supply. Interestingly enough, Les Paul guitars are made from mahogany due to its density and acoustic properties.

Verify the source of mahogany floors. The floors shown here are not only farmed sustainably, they're turned into floors by workers who are paid a living wage and treated like human beings.

Mahogany
Pros:Timeless, classic hardwood.
Cons: Verify the source, can be unsustainable
Suggested uses: Throughout the house, indoors or out
Price range: $10 to $20 a square foot
Cherry floor
North American Cherry is an increasingly common wood species used for floors. It's beautiful, close-grained and smooth. It takes a variety of stains well and shows up on the market in colors that range from cherry in its natural state, to nearly black.

However, cherry is around 25% softer than red oak and it's highly reactive to sunlight. It will darken noticeably in a bright room. Be careful using it in areas with a lot of dog and or kid traffic.

Cherry
Pros: Absolutely gorgeous, adds interest without dominating a room
Cons: Not as resilient as other hard woods, use caution in high-traffic areas
Suggested uses: Living rooms, dining rooms
Price range: $7 to $15 a square foot
Hickory floor
Hickory is starting to show up as floors too. It's significantly harder than oak and it has a grain pattern and color variation that won't quit. It has a tendency to add a rustic air in any room where it's used so it's a natural choice if you're drawn towards country or rustic styles.

Its hardness makes it a logical choice for active households.

Hickory
Pros: Extremely hard, beautiful grain pattern
Cons: Tends to lend a country air wherever it's used
Suggested uses: Living rooms, hallways, kitchens, foyers
Price range: $5 to $15 a square foot
Walnut floor
There is no doubt that walnut floors are a showstopper. But all that beauty comes at a price.

North American Walnut is only slightly harder than North American Cherry. This means that it will mar and dent in response to chair legs and spiked heels so be careful where you use it.

It's a beautiful wood with a fibrous grain pattern similar to mahogany. Unlike mahogany however, it can be harvested after 15 years of growth. It's significantly harder than oak and is easy to mill and finish. Lyptus is available all over the world and is increasing its market share every year. If sustainability is one of the things you're looking for in a flooring material, consider Lyptus.

Lyptus
Pros: Gives the feel of mahogany at a lower price
Cons: Tends to draw attention to itself
Suggested uses: Living rooms, dining rooms, kitchens, hallways, stair treads
Price range: $5 to $10 a square foot
Rosewood floor
Rosewood is an exceptionally hard wood with a very distinctive grain pattern. Its colors range from light yellow to nearly purple. Rosewood has been popular for centuries for furniture making and has recently been turned into flooring planks. It is an uncommon wood species, due mainly to its historic over-harvesting. However, in recent years it has started to grow on sustainable farms.

Rosewood doesn't get its name from its coloration. Rather, it gets its name from its distinctive, rose-like scent. A rosewood piece of furniture or rosewood-floored room will smell like a spring garden for years and years.

Rosewood
Pros: Its distinctive grain pattern and fragrance add character to any home
Cons: An attention grabber with a checkered past
Suggested uses: Living rooms, dining rooms, kitchens and baths
Price range: $8 to $25 a square foot
Brazilian Cherry floor
This is what's sold as Brazilian Cherry. Brazilian Cherry is not a true cherry at all, and it's known as jatoba in Brazil. Whatever its called, it's an exceptionally hard wood and in my opinion, has more of the characteristics of mahogany than cherry.

Whatever you call it, Brazilian Cherry tends to be sustainably harvested and it's always extremely resilient.

Brazilian Cherry
Pros: Many of the characteristics of mahogany, tends to be sustainably harvested
Cons: May be overwhelming for small rooms
Suggested uses: Living rooms, dining rooms, kitchens and baths
Price range: $3 to $8 a square foot
Zebra wood floors
Zebrawood is a Central African, tropical hardwood that's come into vogue in the West. However, it's an environmental nightmare, despite its beauty.

Zebrawood, or Zembrano, is something to avoid. Before too long, that won't be hard to do as the supply is drying up due to overharvesting.

Never buy Zebrawood unless it's upcycled from another use. There are stranded bamboo alternatives that abound and are virtually indistinguishable from the real thing.

Zebrawood
Pros: Very distinctive grain pattern, very hard and resilient
Cons: Unsustainably harvested, use caution when buying
Suggested uses: Not recommended due to its harvesting issues
Price range: $15 to $20 a square foot
Tiger wood floor
Tigerwood is another wood species with a troubled history. It's an African native tree that's left a legacy of overharvesting and deforestation. However in recent years, it's been farmed in South America with a better environmental record.

Do not buy wild-cut, African Tigerwood. Instead look for FSC- or SFI-certified, South American grown Tigerwood.

Tigerwood
Pros: Extremely hard and beautiful
Cons: Has some of the same problems as Zebra Wood does with its supply
Suggested uses: Living rooms, dining rooms, kitchens and baths
Price range: $10 to $15 a square foot
Teak floor
Teak is a deciduous tree native to Southeast Asia but now commercially farmed throughout the tropics. It's an extremely long-lasting material and reclaimed, upcycled teak products abound.

The natural resins in teak heartwood are water- and insect-resistant and it's been used in ship building for centuries. Those same characteristics make it an obvious choice for use in bathrooms, kitchens and outdoor decks. Though it's not the hardest wood out there, it's one of the most dense and few woods will dull a saw blade faster.

Spotted Gum makes a stunning floor, whether it's an exotic species or not. Because I live in North America, I know very little about Australian hardwoods. Do any of our Australian Houzzers have an opinion about the woods that are available for floors?

Spotted Gum
Pros: Beautiful patterns in its natural grain
Cons: May be too busy when you're looking for a subdued floor
Suggested uses: Living rooms, dining rooms, kitchens, foyers, baths
Price range: $10 to $20 a square foot

In my two part series, I've covered most of the species most people encounter when considering solid plank flooring. Stay tuned for when I will review engineered floors and how they're different from plank floors!

Your Floor: An Introduction to Solid-Plank Wood Floors
By Paul Anater·102
Floors

When to Use Engineered Wood Floors
By Paul Anater·266
Floors

Cork Flooring 101: Warm Up to a Natural Wonder
By Lisa Frederick·43
Floors

Will Cork Float for Your Bathroom Floor?
By Rachel Grace·87
Floors

When to Use Engineered Wood FloorsFull Story

13 Alternatives to Plain Wood Flooring in the KitchenFull Story

What to Ask Before Choosing a Hardwood FloorFull Story

What to Know About Engineered Wood FloorsFull Story

Cork Flooring 101: Warm Up to a Natural WonderFull Story 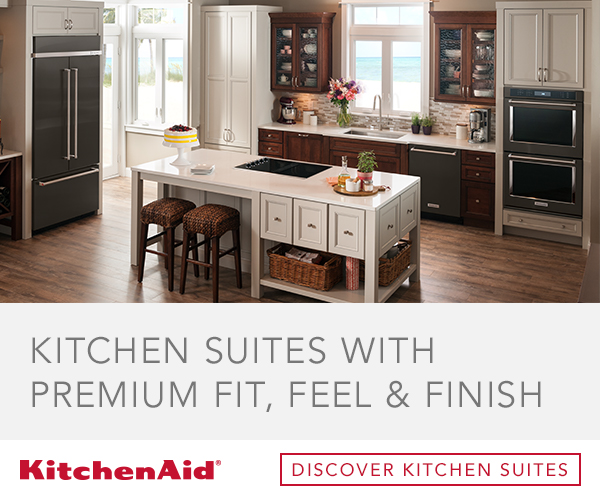