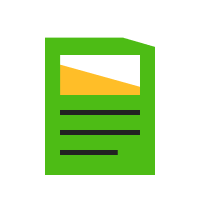 Metro Mole Control
West Coon Rapids, MN Pest Control Services
December 31, 2018
“Contacted Metro Mole, way to late - Moles were ruining my yard. Rick came out and evaluated my situation. He placed several traps and different styles, he followed up as he said he would - Moles were gone! I have him ready to call again first thing in the spring. He is competitive, honest and does what he says he will - HIGHLY RECOMMEND!”
12Next Page
List your business here for free - Learn More
Unwanted guests are never fun, especially when you can’t ask them to leave. Luckily, West Coon Rapids pest control companies have no problem kicking them out. Whether there’s a rodent in your basement or insects in the attic, call your local West Coon Rapids exterminator to take care of them — do not try to wrangle them out yourself! Not sure which type of home pest control service in West Coon Rapids, MN can tackle your issue? Read profiles and ask about their past experiences to get a good idea.