hey guys. my bucket garden has been doing pretty good in this insane oklahoma heat. I've been watering it every other day typically. Sometimes every 3 days.

my roma tomatoes were a complete bust because I didn't put nearly enough dolomite in the potting mix. they grew up big and healthy, bloomed like crazy before the heat really set in and all of the fruit had blossom end rot. bummer. I hear you can still eat the fruit but it looked pretty unsightly to me. I think I pulled off and composted a couple hundred half black mushy tomatoes. the heat we're getting now seems to be shutting them down now anyway. better luck next year.

Aside from (probably a rabbit) eating one of my basil plants, I haven't really lost anything. My cilantro and dill never worked out. Oh and my rosemary never sprouted (this is my surprised face).

Other than that, everything has grown well.

Okra: Loves this heat. Growing about 2 to 3' tall in 5 gallon buckets. I pick pods off like every other day. The fried okra has been great. Some of the pods I've picked have been enormous but they were still delicious even though they say pick them smaller. Some of my friends have even eaten them raw, straight from the garden.

Peppers: heaps of jalapenos and cayenne peppers. these plants are doing really well in 3 to 5 gallon buckets. I planted some serranos much later than the other 2 peppers. they're tiny but now hardened off and I'm hoping they catch up.

Basil: I have 10 basil plants that have already fed a big dinner of 10 with some yummy pesto. these are doing great in 2 gallon buckets. I've pinched them a lot and they're pretty bushy. I haven't let them flower at all.

Mint: All my mint is doing well in partial shade in self watering containers. I've used the mints and lemon balm to make many many mojitos. My catnip is huge and flowering.

garlic chive: doing well. I haven't harvested any yet. It was in a self watering 5-gallon bucket but I noticed it was hardly pulling any water up so I repotted it into a 2-gallon bucket.

Watermelon: 3 plants in 5-gallon buckets are doing well, trained up my trellis arch. I've had 4 melons so far. 2 split. Why does that happen? Is it the heat? The remaining 2 are about the size of softballs or a little bigger now. I have them in little torn t-shirt hammocks. Should I be pinching off the other vines to encourage the melons? Aside from training them up the trellis I've just been letting them do their thing. I've noticed the new flowers seem to be failing in the heat. Not a big deal. They're crimson sweet, so if they get anywhere near as big as 20 pounds that might be a bit of a burden on the trellis.

I grabbed a bunch of small new plants up in Ochelata at a great plant stand over the 4th. I'm hoping our growing season is long enough to see some results: cherokee purple, eggplant, amaranth, jelly melon, sugar baby watermelon, red okra, moonflower vine, elephant garlic and some mimosa pudica "shy plants" that are real happy under my lights.

I got some burpee "boxwood" basil that I've kept under the lights as well. It's super bushy and smells amazing. Have you guys tried these out? I'm thinking of making some pesto with it. The leaves are so tiny!

FEEL-GOOD HOME10-Minute Updates to Freshen Up Your Home
By Cheryl Freedman
When life is hectic and time is limited, these speedy styling tricks can make a big difference
Full Story
79

HOUZZ TOURSMy Houzz: A Kitchen Update With Indoor-Outdoor Beauty
By Caela McKeever
A Japanese-inspired kitchen and garden remodel gives a Seattle couple their own little piece of Kyoto
Full Story
47

GARDENING AND LANDSCAPINGGuest Picks: Essentials for the Classic Garden
By Justine Hand
Get ready for spring gardening by replacing your rusty tools with these attractive updates
Full Story
2

REMODELING GUIDESMy Houzz: Earthy Update of a Midcentury Family Home
By Luci.D Interiors
An award-winning renovation of a 1950s abode creates the perfect sanctuary for a family of 4
Full Story
50 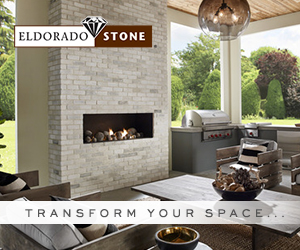