How do i handle this? Is this typical? Please help

I'm doing a kitchen remodel and have a question if anyone can help. When talking with my GC about what style of cabinetry I want and what exactly I want to do, I told him I have a cabinet craftsman I want to use. I didn't have a quote from my guy, but know what others have gotten and have been charged.

My GC said I should give his guy a look. He was very firm that his guy can give me anything I want, at the best price, etc etc. He said he had no idea how much my cabinetry cost would be, let his guy give us some ballpark numbers first. He went on and on, saying his guy can give us a 3d rendering, can let us know what ballpark pricing we're looking at, just so we have an idea and then we can go from there. If I want to talk to my cabinet maker after, that's fine, but let his guy do it first. Keep in mind, his guy is a retailer, not the actual craftsman with a warehouse/machinery like mine.

I agreed, saying that was fine, but im going to talk to my craftsman after, as II really want to use my guy. But sure, we can talk to his guy to get a ballpark of where we stand.

Fast forward to my GC bringing the plans to my house. The plans were two different layouts to scale.
I wasn't happy with it, it wasn't the custom sizing I'm after and not what I'm looking for.

When my GC also told me the price, I said no. My cabinet craftsman had done my friend's kitchen, twice the size of mine, completely custom, the BM paint color of her choice, for less than either of those prices. I'm sure bc the middle man was cut out, buying direct from the craftsman vs the retailer. I told him I'm going with my craftsman.

Long story short, my GC was not happy about this. At all. Then said 'well, if you don't use my guy then you'll have to pay him for his time!! At least $200!! For these 3d drawings etc!! You don't think this was all free do you?? You have to pay him something!!'

What?? Excuse me?? Uhh, yeah, I guess I did think it was free?! I was never told it would cost anything. Never. As a matter of fact, I didn't even want to TALK to his guy bc I had done a little of my own research and my guy was pretty much who I wanted to go with. But my GC made it sound like no big deal, let's just get in the ballpark of pricing, just 'see where we are'.

I am so mad. If my GC had told me I'd be charged $200, I never would have agreed to it. I'm on a tight budget as it is. In my GC's defense, he did eventually say if I could get my custom design, at a better price, he wouldn't blame me. But He said I still owe his guy at least $200.

I'm so sorry for my long rant, but please help me with two questions.

First, what the heck does my contractor care who I get my cabinetry from? He's installing it and doing the rest of the work. Does he get a cut of the cabinets he's trying to get me to buy? The price seemed high to me.

Second, do I owe this other guy $200 or whatever this sudden 'charge' is? Nothing was ever signed, no mention of money made.

Please let me know what you think, I'm not sure what to make of this and I'm not happy about it. Is this typical?

My apologies for such a long post, and thank you for any replies.

BATHROOM DESIGNUpload of the Day: A Mini Fridge in the Master Bathroom? Yes, Please!
By Mitchell Parker
Talk about convenience. Better yet, get it yourself after being inspired by this Texas bath
Full Story
80

HOME OFFICESQuiet, Please! How to Cut Noise Pollution at Home
By Christine Ciarmello
Leaf blowers, trucks or noisy neighbors driving you berserk? These sound-reduction strategies can help you hush things up
Full Story
102

HOUSEKEEPINGWhen You Need Real Housekeeping Help
By Becky Harris
Which is scarier, Lifetime's 'Devious Maids' show or that area behind the toilet? If the toilet wins, you'll need these tips
Full Story
71

Storage Help for Small Bedrooms: Beautiful Built-ins
By Becky Harris
Squeezed for space? Consider built-in cabinets, shelves and niches that hold all you need and look great too
Full Story
53

SELLING YOUR HOUSE10 Tricks to Help Your Bathroom Sell Your House
By Mink Home Staging
As with the kitchen, the bathroom is always a high priority for home buyers. Here’s how to showcase your bathroom so it looks its best
Full Story
141

COLORPick-a-Paint Help: How to Create a Whole-House Color Palette
By Laura Gaskill
Don't be daunted. With these strategies, building a cohesive palette for your entire home is less difficult than it seems
Full Story
123

SELLING YOUR HOUSE5 Savvy Fixes to Help Your Home Sell
By Kristie Barnett, The Decorologist
Get the maximum return on your spruce-up dollars by putting your money in the areas buyers care most about
Full Story
72 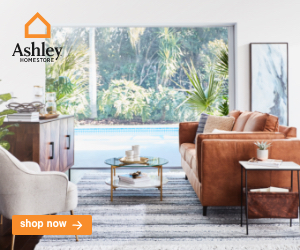 More Discussions
Does anyone have blue flower granite?
20
Where is the best place to put the microwave
14
Workstation sink accessory
2
Cabinet door companies
0
Kitchen designers and cabinet brands
1