Up to 75% Off
Oversized Area Rugs

Up to 75% Off
Round and Runner Rugs

I’m sure this topic has been covered a million times, but does anyone have recommendations for a can hardy climber that will survive Colorado’s winters? I’m zone 5, but we have tons of freeze/thaw in the spring. I would like to grow it on an arbor (or two, one for each side) but be able to keep it trimmed so it doesn't get overly wide at the base. It would be out in the open, with plenty of wind. I don’t really have much protection. The more rebloom the better. Color doesn’t matter. The ones I’m considering:

Thoughts? I know it might be a long shot, and climbers just might not work for me, but it’d be so awesome if one could!

WHITE FLOWERS5 Favorite White Roses for a Purely Beautiful Garden
By J. Peterson Garden Design
How does your garden glow? With roses that look like light and smell divine
Full Story
22

ROSES5 Sweet to Spirited Pink Roses for an Enchanting Garden
By J. Peterson Garden Design
Whether you go demure or daring, there's a pink rose here to make you flush with garden pride
Full Story
26

ROSES5 Favorite Yellow Roses for a Joyful Garden
By J. Peterson Garden Design
Make 'cheery' the name of your garden game when you order your roses sunny side up
Full Story
18

VINESSee 5 Unexpected Ways to Use Vines
By Falon Land Studio LLC
Vines can grow over slopes, trail off pergolas and add seasonal color to the garden
Full Story
56

MOST POPULARWhat Kind of Roses Should You Grow?
By Noelle Johnson Landscape Consulting
Want to add the beauty of roses to your garden? Find out which ones, from old-fashioned to modern, are right for you
Full Story
84

ROSES6 Captivating Roses for an Alluringly Fragrant Garden
By J. Peterson Garden Design
Perfume your garden with aromas from richly spicy to lightly sweet, without sacrificing an inch of color
Full Story
40

ROSESSneak a Peek at Some of Next Year’s Irresistible New Roses
By Lauren Dunec Design
Here are top 2018 picks for beautiful blooms, lovely fragrances and exceptional disease resistance
Full Story
19 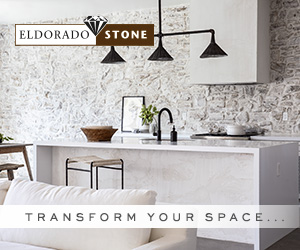 More Discussions
Please help me list these roses by order of most sun tolerant.
18
WINTER is here! Seasonal thread part 3
219

2021 jackson and perkins preview has me intrigued
111