What if the faucet you love isn't a pull-down? Does anybody out there have a side sprayer? Is it as useful as the pull-down faucet? Does it bother you that you have to hold down the button for it to work?

Here is a link that might be useful: Kohler Side-Spray

MATERIALSInsulation Basics: What to Know About Spray Foam
By Mariana Pickering (Emu Building Science)
Learn what exactly spray foam is, the pros and cons of using it and why you shouldn’t mess around with installation
Full Story
280

KITCHEN DESIGNGet a Grip on Kitchen Cabinets With the Right Knobs and Pulls
By Joni Hilton
Here's how to pair the right style, type and finish of cabinet hardware with your kitchen style
Full Story
201

KITCHEN DESIGNHow to Pick a New Kitchen Faucet
By Judith Taylor Designs
Learn all about mounting styles, handles, finishes and quality to get the kitchen faucet that best fits your needs
Full Story
93

BATHROOM DESIGN8 Fabulous Faucets for All Kinds of Bathrooms
By Change Your Bathroom, Inc.
Find a new idea for your bathroom sink in 8 very different faucet designs, from waterfall to high-tech digital
Full Story
43

KITCHEN SINKSJust a Touch: Faucets Without the Fuss
By Sheridan Interiors, Kitchens and Baths
Faucets that turn on with a tap of the finger, forearm or hand are great for messy hands or full arms
Full Story
57

KITCHEN SINKSWhich Faucet Goes With a Farmhouse Sink?
By Toronto Interior Design Group
A variety of faucet styles work with the classic farmhouse sink. Here’s how to find the right one for your kitchen
Full Story
58

MOST POPULAR5 Ways to Pare Down Your Stuff — Before It Gets in the Door
By Laura Gaskill
Want to free up some room around the house? Rethink gift giving, give yourself a shopping mantra and just say, ‘No, thank you’ to freebies
Full Story
311 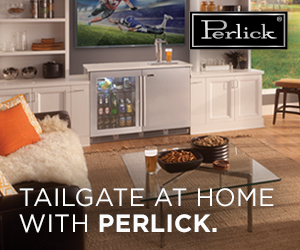 Can you identify this countertop?
1

Elkay Quartz Luxe sink in Ricotta - feedback?
3
what type of white paint to use on cabinets in kitchen
5