1. For many years, Japanese apple growers have used expensive double-layer rice paper bags to protect their fruit, and produce premium apples that command extraordinary prices in that country. Japanese people recognize and insist on superb quality, and are willing to pay for it. So you can buy a $5 Fuji apple to accompany your $50 Kobe steak. These bags can be found in the U.S., and I have tried them, but they are difficult to install, very expensive, and require removal in stages as the fruit matures.

2. Over the past year or so, I have noticed posts by a number of people on the NAFEX message board who have instead used common plastic sandwich bags and achieved very good results. The NAFEX crew is not just any ordinary group of yeahoos, but a very special group of yeahoos, many of whom have long experience in fruit growing. When you hear of results like this from people who really know what they are doing, you start to pay attention. This spring, I have bagged over 400 apples, and have at least that many to go. It always seemed to me that practically sealing a developing apple in plastic was a recipe for rot and disaster, but that is apparently not the way it works out. The plastic actually protects against rots and fungus as well as insects, and some reports indicate larger fruit at the end of the season as well. It seems best to remove the bags about two weeks before harvest to allow full color to develop, but the transparent plastic permits quite a bit of coloring even if you don't.

Begin bagging about a week or so after thinning, during which you should have reduced the apples to the one best fruitlet per cluster. The fruit can be anywhere from nickel to quarter size to install a bag, but if you have strong insect pressures, the sooner you start the better.

You can use either ziplok sandwich bags, or the cheaper type that has a tucking pouch on one side. With ziplok bags, you should cut off the plastic above the actual ziplock with a sharp kitchen shears to allow easier installation around a small, developing apple. But open the ziplock a little before doing this, or you will lose the ability to open it easily. Make a couple of small cuts at the lower corners of the bag to allow any moisture to escape. You can then install these ziplock bags without the use of any type of ties or staples. For the lightweight side pouch type bags, tear the pouch edges to produce a bag that is symmetrical on both sides, hook it over the apple, then fold and roll it up until it is fairly snug. Staple the rolled up/folded portion with a small mini-stapler. A regular office stapler is a bit klutzy to use for this application. Bags should be prepared for installation prior to going out in the orchard and getting up on the ladder. It can be done the night before at the kitchen table, or on the couch while watching American Idol.

5. After you have these bags installed, you can forget about spraying with chemicals, surround, or anything else unless you have something like an aphid infestation on the leaves of the tree. The fruit will be protected right up to maturity. So, while preparing and installing the bags can be called tedious and labor intensive, which it is, the real advantage is that it only has to be done once. On the other hand, spraying, whether with chemicals or something like Surround, will have you out there lugging the sprayer around over and over again, right up to harvest. Insects will not enter the bag even if there is a small space around the stem, since they like to fly right in and light on the apple, and are not smart enough to look for a little entryway. On apples, this takes care of plum curculio, codling moth, and apple maggot fly if you get there in time and get the apples in bags while they are still small and undamaged.

6. In addition to bagging most of my apples this year, I am undertaking an experimental program with nectarines, and considering bagging the peaches as well. For the nectarines, I have purchased a smaller type of ziplock called a "snack food bag", which I cut in half with a strong scissors (you have to cut right through the ziplock portion), then staple both the unsealed ziplock end as well as the open side. I am making two little 3" X 3" minibags from each snack food bag, which I figure will be about the right size for the nectarines. There is nothing to lose, because in all the years I have had nectarine trees around, I have never been able to produce a ripe nectarine due to constant attacks from the oriental fruit moth, even when I spray the trees every 3-5 days. I thin the nectarines, and the OFM gradually picks them off one by one until there are none left. Leaving an OFM damaged nectarine on the tree results only in a pectin-dripping, sticky little mess that stops growing soon after the OFM visit. It is possible that you could find ready-made ziplock bags of the appropriate size at a craft store or such, and you wouldn't have to do the cutting in half, but I bought mine at Safeway which was most convenient for me.

7. With diligent spraying, I have been able to produce some very nice peaches, but I see great advantages to bagging them too, unless it results in mildew or some similar problem. For the peaches, I will use the full-size ziplock sandwich bags, prepared the same way as the apple bags, with the plastic above the ziplock strip cut away to allow easy installation. This bagging business is taking me some time to do, but if it permits me to leave the sprayer in the greenhouse, it will all be worth it.

8. It is possible that, as the fruit achieves final maturity, it will be too large for the bags and burst right through. If that happens, I think it will be just great. By that time, the insect threat will be over.

GARDENING AND LANDSCAPINGCrazy for Fruit Trees
By Marianne Lipanovich
Whether a single citrus or a mini apple orchard, even the smallest landscape space can bear deliriously delicious fruit
Full Story
7

FRUIT TREESHow to Grow Your Own Persimmons
By Marianne Lipanovich
Sturdy and easy to care for, these trees offer bright fruit through winter — and keeping them in bounds is no sweat
Full Story
50

SUMMER GARDENINGHow to Grow Basil
By Marianne Lipanovich
Bright color, quick growth and endless uses for cooking make this summer annual a winner in the garden or a pot
Full Story
76

PRODUCT PICKSGuest Picks: A Bounty of Baskets Under $50
By Trina McNeilly
You'll have stylish organization in the bag — not to mention art and lighting — with great baskets like these
Full Story
3 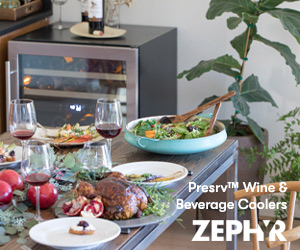 What kind of grapes do we have?
0

what is wrong with my apple tree
13