We hired a designer for our kitchen remodel last winter. Due to covid and being a first line responder, we asked if we could hold off on the remodel. It took a few weeks to get a response back from the designer but she did say yes, to contact her a few weeks before we were ready to start.
Fast forward to today, we've signed a contract with the contractor with a start date in June. I've been emailing and calling the designer to make their office aware of our plans. (I emailed in December to notify them that we would need their services this spring. No response. I called a few weeks ago and received no call back.) We signed a contract this week with the contractor and are ready to continue. I emailed, called and finally posted on their Instagram early this week. I finally received a call from their head of Operations. She said they're extremely busy and will look over the contract and where we left off. The contractor wants to meet in two weeks to flesh out the details of the remodel. I would like our kitchen designer there. I asked if a designer from their firm would be able to attend. She said possibly. I asked when I would hear back from her and she said tomorrow morning. That never happened. I emailed the contractor and set a time and cc'd the designer's head of operations. I don't think it's fair to make the contractor wait because of their lack of response. I'm feeling very frustrated by their lack of response and professionalism.
We spent over $3k for their design help and all we have gotten is a design board that I am not completely happy with (minor changes.)
What would you do in this situation? I am hoping they will assign us a designer who will be more responsive. My spouse wants to sue for breach of contract. (We have a clear paper trail.) I just want my kitchen designed by a professional. Not sure how to handle this.

KITCHEN DESIGNThe Most Common Kitchen Design Problems and Ways to Tackle Them
By LWK London Kitchens
Check out these frequent dilemmas, experts’ tips on avoiding them and some inspiring spaces that get things right
Full Story
143

GARDENING GUIDESHow to Design a Garden That Lasts
By Benjamin Vogt / Monarch Gardens
Climates are changing. Wildlife is evolving. Can your garden keep up?
Full Story
39

WORKING WITH PROSInside Houzz: An Interior Design Match Made Right Here
By Houzz
See a redesign that started on Houzz — and learn how to find your own designer, architect or other home pro on the site
Full Story
52 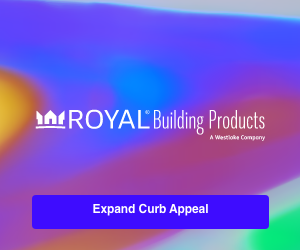