most likely mistake with container tulips?

I have been having very bad luck with container tulips the last few years. Several years ago, I bought a bunch and not a single one even sprouted. This year, they came up but were spindly and very unhappy and didn't really bloom.

What do people think is the most likely cause of the problem?

I can't imagine it could be the chilling part - where I live, you have to cool them in the 'fridge. We do have brief power outages every so often, but they usually don't last that long. So I don't think it's that. The bulbs weren't mushy when they went in, and my housemates know not to put in apples.

I did wrap the bulbs in paper bags, then plastic - could that be the problem? Do they need to breathe in there? I don't think I fasten the plastic that tightly, but maybe I shouldn't use it at all?

In the past, tulips have always been quite reliable. I have used bagged potting soil the last few years, but that seems unlikely to be a problem either. I don't think bulbs care that much. They just do their thing.

I've been putting them in these plastic pots made partly from recycled plastic - could that be an issue? Is there some kind of off-gassing that is imperceptible to me? I think this seems like a long shot too - but I plan to get some clay ones instead anyway.

I've grown tulips many times before, in years past. They were always so easy. I don't know why it's not working. It's frustrating. What else can I do to eliminate problems?

Thanks for all suggestions.

MOST POPULARSo You Say: 30 Design Mistakes You Should Never Make
By Mitchell Parker
Drop the paint can, step away from the brick and read this remodeling advice from people who’ve been there
Full Story
702

BATHROOM DESIGN5 Common Bathroom Design Mistakes to Avoid
By Dylan Chappell Architects
Get your bath right for the long haul by dodging these blunders in toilet placement, shower type and more
Full Story
499

DECORATING GUIDES8 Open-Plan Mistakes — and How to Avoid Them
By Georgia Madden
There’s much to love about relaxed open-living layouts. But they can be tricky to decorate
Full Story
337

BATHROOM DESIGN10 Bathroom Layout Mistakes and How to Avoid Them
By Georgia Madden
Experts offer ways to dodge pitfalls that can keep you from having a beautiful, well-functioning bathroom
Full Story
122 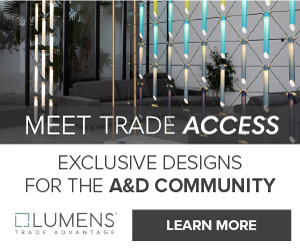 Identify of this "grass"
1
Have you used the Rachio 3 Irrigation System?
0