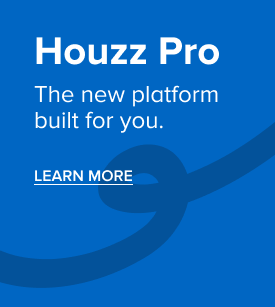 My Shiro plums are ripening and I've noticed a lot of them have been attacked (eaten, or half eaten) by something. Then I saw the culprit...bees.

I sprayed the previous week with carbaryl but the bees didn't seem to care. Is this a common problem with plums? What can be done about it? I have 20 or 30 in cloth bags so hopefully they'll be ok, but is there anything that can be done for the rest of them to stop the bees?

EDIBLE GARDENSHow to Grow Your Own Juicy Plums
By Marianne Lipanovich
Easier than other stone fruits and with a variety of colors to choose from, plums are a versatile garden addition
Full Story
15

COTTAGE STYLEHow to Create a Cottage-Style Garden
By Claudia De Yong Garden Design
If you like an abundance of plants — and visits from birds, bees and butterflies — this may be the style of yard for you
Full Story
84

MOST POPULARSupport Bumblebees by Providing Forage in 3 Seasons
By Holm Design & Consulting LLC
Bumblebees are fascinating and fun to observe foraging in gardens. Find out how to create a buffet for these fuzzy, charismatic bees
Full Story
34

GARDENING GUIDESGarden for Wildlife to Reap Rich Rewards
By Benjamin Vogt / Monarch Gardens
When you plant with animals and insects in mind, you make gardening easier, the planet healthier and yourself more present
Full Story
66

GARDENING 101How to Grow Your Own Sweet Summer Crops
By Marianne Lipanovich
Got a garden patch and a hankering for the freshest veggies and berries? This guide will get even urban gardeners farming
Full Story
146

TREESIf You Have Room for Only One Fruit Tree ...
By Bill Marken
Juice up a small garden with one of these easier-care or worth-the-effort fruit trees for a mild climate
Full Story
63

TREESHow to Grow 10 Favorite Fruit Trees at Home
By Marianne Lipanovich
Taste test this summer, then plant a mini orchard in fall or winter to enjoy fresh-off-the-tree fruit next year
Full Story
35

SUMMER GARDENING10 Ideas for a Front-Yard Edible Garden Your Neighbors Will Love
By Laura Gaskill
Choosing attractive, well-mannered plants and sharing the bounty will go a long way to keeping the peace
Full Story
83
Sponsored