I'm searching for a

- long lasting blossom on cane and in vase.

I never thought I'd chose a modern reproduction over an O.G.R, but except for pale to light yellow Tea roses there doesn't seem to be an Old Garden Rose that is mid to deep lemon yellow, and is also remontant.

Thanks for your time.

KITCHEN DESIGNHouzz Call: Tell Us About Your First Kitchen
By Becky Harris
Great or godforsaken? Ragtag or refined? We want to hear about your younger self’s cooking space
Full Story
101

HOUZZ CALLHouzz Call: Tell Us About Your Dream House
By Vanessa Brunner
Let your home fantasy loose — the sky's the limit, and we want to hear all about it
Full Story
155

DATA WATCHHouzz Call: Tell Us About Your Bathroom Remodel!
By Erin Carlyle
Did you recently redo your bath? Please tell us about your upgrade and what it took to get there
Full Story
128

GARDENING GUIDESWhat Your Weeds May Be Trying to Tell You
By Curtis Adams
An invasion of weeds can reveal something about your soil. Here’s what is going on and what to do about it
Full Story
47

VALENTINE’S DAYTell Us: Why Did You Fall in Love With Your House?
By Vanessa Brunner
What was it about your house that made your heart flutter? Share your photo, and it could make the Houzz homepage
Full Story
83

ROSESSneak a Peek at Some of Next Year’s Irresistible New Roses
By Lauren Dunec Design
Here are top 2018 picks for beautiful blooms, lovely fragrances and exceptional disease resistance
Full Story
19

YOUR FIRST HOUSESo You're Thinking About Getting a Dog
By Alison Hodgson
Prepare yourself for the realities of training, cost and the impact that lovable pooch might have on your house
Full Story
490 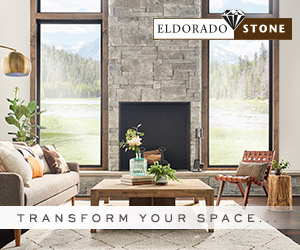 More Discussions
Info on Some of the Lesser Known Austins??? -LONG-
45
Does any one grow Hermosa Old Rose?
32
Treat yourself to this shovel!
51