We sold all our appliances with our past house and are shopping for new ones.

We are looking at a 36" counter depth fridge, a 30" induction range and a dishwasher with custom panel.

For kitchen appliances, so far, we are tempted to go with all Bosch for the overall quality, not opened to go anymore expensive than this.

Any reviews or advice one these choices would be appreciated!

Furthermore, I am looking for a top load washer (and whichever matching dryer...) that is good for large, heavy loads and will last me as long as possible! I have no patience for small loads :) Any suggestions are appreciated!

KITCHEN DESIGNHow to Pick Your Important Kitchen Appliances
By Vanessa Brunner
Find the ideal oven, refrigerator, range and more without going nutty — these resources help you sort through your the appliance options
Full Story
26

KITCHEN DESIGNAre Colorful Kitchen Appliances the Next Big Trend?
By Jennifer Ott Design
Move over, black, white and stainless steel — appliances in a variety of bright colors are starting to sizzle
Full Story
240

KITCHEN APPLIANCESWhich Appliance Finish Should You Choose for Your Kitchen?
By Toronto Interior Design Group
Here are 18 situations you might find yourself in — and which appliance finish is right for you
Full Story
124

KITCHEN DESIGNHow to Choose and Use Ecofriendly Kitchen Appliances
By Ivon Street Studio
Inefficient kitchen appliances waste energy and money. Here's how to pick and use appliances wisely
Full Story
37

KITCHEN DESIGNDetermine the Right Appliance Layout for Your Kitchen
By Vanessa Brunner
Kitchen work triangle got you running around in circles? Boiling over about where to put the range? This guide is for you
Full Story
37

KITCHEN DESIGNHere's Help for Your Next Appliance Shopping Trip
By Vanessa Brunner
It may be time to think about your appliances in a new way. These guides can help you set up your kitchen for how you like to cook
Full Story
42

HOUSEKEEPINGDishwasher vs. Hand-Washing Debate Finally Solved — Sort Of
By Mitchell Parker
Readers in 8 countries weigh in on whether an appliance saves time, water and sanity or if washing by hand is the only saving grace
Full Story
469 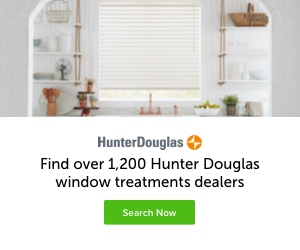