Top Ideabooks
Houzz Tour: Bright, Colorful and Family-FriendlyKitchen of the Week: White and Wood With a Touch of Rustic StyleBefore and After: 3 Bathrooms With a Spa-Like FeelingPatio of the Week: Porch, Pool and Pavilion for Backyard Play
Appears in
Remodeling Guides
Kitchen Design
Kitchen Design

Before and After: From Functionally Bad to Efficient and Plaid

Before: This kitchen in a midcentury home in Los Angeles had a poor flow that the homeowners had been living with for over a decade since purchasing their home. The island was oriented oddly, leaving a narrow passageway between it and the oven wall. Open shelving on the back of the island contributed to a cluttered feel, with food storage containers and binders visible.

Stylistically, the kitchen was all over the map, thanks to a mix of Shaker and flat-front cabinet doors in a somewhat random blend of black and white. Designer Camille Henderson Davis of The Niche Home helped the homeowners get more function while bringing a midcentury flavor to the space.

Find an interior designer to work with near you
Fireclay Tile
After: The kitchen’s new backsplash features subway tile in multiple colors laid out in a pattern that channels the look of plaid. “My client had quite a few ideabooks,” says Davis, who encourages clients to use visual tools like Houzz ideabooks to share their design thoughts with her.

“I spent a lot of time looking at inspiration images that the client had pulled from Houzz,” Davis says. “The colors had continuously been aqua blue, lavender, orange, white and gray.” Davis blended the client’s beloved blues in the backsplash, and found ways to incorporate the other colors (except purple, which makes an appearance in the dining area) in the room’s palette.

Flat-panel lower cabinets in light gray (color-matched to December Sky by Dunn-Edwards Paints) keep the kitchen feeling bright, while bamboo upper cabinets add warmth. The hardworking melamine finish of the lowers guards against scratching, a good choice given that the couple’s 6-year-old son is fond of climbing onto the cabinets. The project’s contractor, Santa Fe Construction, custom made all the cabinets.

The new kitchen island’s long side runs parallel to the room’s back wall. This orientation better fits the shape of the room and allows for a smooth walkway around the island; the pathway between the island and the sink wall is now 2 feet wider than it was before the renovation.

The new kitchen has four zones: cleanup, meal prep, cooking and dry food storage. The sink on the right in the floor plan seen here marks the prep zone, where the homeowners can wash food items and then chop and prep food on either side of the sink or at the island. The refrigerator is across from the island’s beverage refrigerator, forming part of the working area with the range top and oven that form the cooking zone.

Browse midcentury-style pendants
Before Photo
Erin Carlyle
Before: The old kitchen contained space for a dining table opposite the island.
Erin Carlyle
After: Since a kitchen table was no longer needed, Davis created more storage where the kitchen table previously stood. She added two floor-to-ceiling cabinets on either end of the wall, with a buffet and open shelving between them.

See more kitchen island photos
Erin Carlyle
The refrigerator (shown on the left in this photo) is now on the wall where the microwave was.

Browse black dishware sets
Erin Carlyle
Here’s a look at the cabinet on the right side of the room, peeking over the end of the island. The darker cabinets are painted in Blue Earth and the lighter ones in Aqua Bloom (both from Dunn-Edwards Paints).

Adding cabinets to this portion of the room made up for the storage space lost when Davis removed the refrigerator wall that separated the kitchen from the dining room.

At the end of the island, Davis created a butcher-block breakfast table with seats for the couple’s two children. The material is bamboo.

11 Ways a Colorful Appliance Can Perk Up Your Kitchen
Fireclay Tile
Davis reduced the bulk of the kitchen’s upper cabinetry by replacing the old vertically oriented cabinets with new horizontally oriented ones. This helped give the kitchen “that open, airy midcentury modern feel that they wanted,” Davis says. Thanks to the storage Davis created on the pantry wall, decreasing the volume of upper cabinetry here balanced out just fine.

To do this, she pulled colors from the period (grays, blues and oranges) and selected materials that echo finishes from that time. For example, walnut and teak were common in midcentury modern kitchens. Here, lighter bamboo brings in the wood tones but adds a contemporary twist.

Similarly, chrome was popular in the midcentury for faucets and other metal accents. Davis chose chrome faucets but picked more contemporary oil-rubbed bronze for the cabinet pulls.

The way the materials are used also references the midcentury period. “Horizontal lines were common to the architecture of the period — horizontal planes over split-level homes — and clean, straight lines in furniture and materials. So we chose to run the [cabinet wood] grain horizontally to reflect that period,” Davis says.

The kitchen counters are hardworking Caesarstone.
Fireclay Tile
An orange Bertazzoni oven at the end of the island adds a pop of fun.

More
How Much Does It Cost to Hire an Interior Designer?
Everything You Need to Know About Working With a Kitchen Designer
Find a pro to work with near you
Print
Embed
Facebook
Twitter
Email
See 31 comments
Explore Related Topics
Before and AftersKitchen DesignKitchen Islands
Read Related Stories

Before and After: An Island and Storage Transform a Kitchen
By Bryan Anthony·38
Kitchen Design

Kitchen of the Week: Farmhouse Style in a Compact Space
By Julie Sheer·47
Kitchen Design

Kitchen of the Week: White, Wood and Navy Updates in Oregon
By Stephanie Granada·26
Colorful Kitchens

Before and After: Kitchen and Dining Room Become One Serene Space
By Erin Carlyle·21
Kitchen Islands

Kitchen of the Week: Big Leaves and Shades of Blue
By Becky Harris·52
Kitchen Design

Before and After: Bright New Look for a Chopped-Up Bungalow
By Becky Harris·33
Kitchen Design
Shop Related Categories

Before and After: An Island and Storage Transform a KitchenFull Story

A Kitchen Opens Up and Gains a Focal PointFull Story

A Fresh Traditional Kitchen With Room for the GrandkidsFull Story

A Kitchen Works Better After It Gets SmallerFull Story

Kitchen of the Week: Exposed Brick and Eclectic FlairFull Story 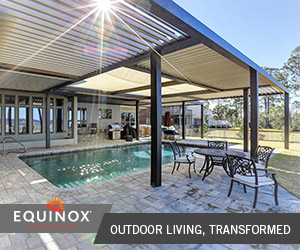