You know who you are. We are in a record setting hot stretch of weather, and it is taking a toll on some plants, but these beauties seem unaffected.

DECORATING GUIDESRoom of the Day: Playing All the Angles in an Art Lover’s Living Room
By Jeannie Matteucci
Odd angles are no match for a Portland designer with an appreciation of art display and an eye for good flow
Full Story
55

TRAVEL BY DESIGNTravel Guide: Melbourne, Australia, for Design Lovers
By Elements of Style
This 'most livable city' offers a wealth of visually inspiring hotels, restaurants, sights and shops for travelers too
Full Story
34

STORAGE10 Smart Storage Hacks for Shoe Lovers
By Lara Sargent
If your heels, flats, sneakers and boots are piling up in your foyer and bedrooms, restore order with these savvy storage hacks
Full Story
100

TRAVEL BY DESIGNTravel Guide: Austin, Texas, for Design Lovers
By Jennifer Ott Design
You'll find fantastic food along with incredible art and architecture in this capital city, deep in the heart of Texas
Full Story
38

SMALL HOMESHouzz Tour: Stylish 515-Square-Foot Backyard Unit Packs It All In
By Nora Burba Trulsson
This accessory dwelling unit in Portland, Oregon, has everything — and can do everything — the homeowners need
Full Story
62

TRAVEL BY DESIGNHouzz Travel Guide: New York City for Design Lovers
By John Hill
Where to stay, shop, eat and explore in the Big Apple, from a design-minded architect who lives there
Full Story
23

TRAVEL BY DESIGNTravel Guide: Seattle for Design Lovers
By Ventana Construction LLC
Pioneers of the past and high-tech titans of the present make for an eclectic mix of architecture, museums, hotels and eateries
Full Story
23 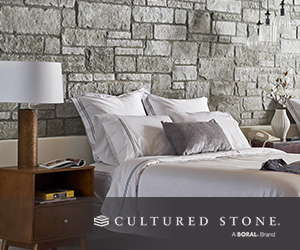 Balsam Fir-Is there any recovering from this
9