HAVE: Yvonne's Salvia, and the original story to go with it!

I have about 20 packets of Yvonne's Salvia seeds, which I harvested in the summer/fall of 2007. My plants got to a little over 6 feet this year, thanks to an extended summer!

For those of you who don't know the original story, here it is:

Yvonne contacted me, for the first time, back in 2004. She was looking for someone to continue the strain of her "giant salvia," which she had cultivated for several years. She originally bought the seed from Parks, as a medium height salvia, but one plant grew above the rest. She harvested seed from that one plant, and, eventually had 6-footers. (Since this whole thing started, there are some salvia experts who think that Yvonne's Salvia is a strain of a giant type that originated in Brazil (I think). It is a splendens.)

Anyway, in 2004, she gave me hundreds of seeds, more than I could possibly use. I offered the rest here on the Seed Exchange, and people from all over the country snatched them up. Some people from other countries, as well!

This summer (2007), there was an article in "Birds and Bloom" magazine, featuring the story of Yvonne and her salvia, and there was another rush to get the seeds. Unfortunately, the article was published in July, when the seeds aren't ready to harvest, and there was none to distribute, at least from my garden.

There have been a few other people who generously offer up their harvest, too. And, I hope that even more are offering them, just not necessarily via the Garden Web or internet.

If you would like some of these seeds, what I ask in return (in addition to SASBE) is a note for Yvonne. She recently had to move in with her daughter, due to health issues, and I know these notes mean even more to her now. If you are reading this, and you wrote a note in the past, know that she still has it, along with hundreds of others, kept in a box. She re-reads them...tells me "there's so many nice people in this world!" She's about to turn 93.

Send me an email, and I will send along the information.

Here is a link that might be useful: picture of salvia from my garden 2007

SAVING WATERHouzz Call: Are You Letting Go of Your Lawn?
By Annie Thornton
Many facing a drought are swapping turf for less thirsty plantings. If you’re one of them, we’d like to hear about it
Full Story
121

HOUZZ TOURSHouzz Tour: Finding the Flow in Berkeley
By Annie Thornton
A bigger kitchen, a better connection to the outdoors and a new second story put a bay-view home in a California state of mind
Full Story
65

LANDSCAPE DESIGNWhat Kind of Gardener Are You? Find Your Archetype
By Jay Sifford Garden Design
Pick from our descriptions to create a garden that matches your personality and tells your story
Full Story
112

ARCHITECTURE‘Wolf Hall’ Style: The Secrets of Tudor Architecture
By Luisa Rollenhagen
As American audiences watch a new TV series about the politics of Henry VIII, we explore the elements of his era’s distinctive style
Full Story
86

FRONT YARD IDEASBefore and After: Front Lawn to Prairie Garden
By Benjamin Vogt / Monarch Gardens
How they did it: Homeowners create a plan, stick to it and keep the neighbors (and wildlife) in mind
Full Story
120

CONTAINER GARDENS7 Deer-Resistant Flowers for Your Summer Containers
By Kim Gamel
Grow these as protection for edibles or just for their colorful beauty — deer might not like them, but everyone else will
Full Story
87 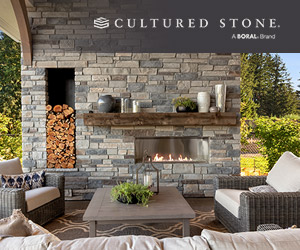