In mid-June, I bought a Hoya that I couldn't identify. After much discussion here, and a lucky break in that someone else had the same problem at the same time (and a camera), it was identified as H. carnosa 'Chelsea.'

I had taken cuttings as insurance against something happening to the main plant, when I got it, and the cuttings duly rooted in water and were potted up, BUT --

Neither the cuttings nor the original plant have done anything since then. There are no new leaves, there are no dead leaves. There is no rot, there is no shriveling, there is nothing.

So I was talking plants a few days ago, and conversation turned, as conversations will, to Hoyas, and I mentioned that I was having trouble getting Chelsea to do anything, and she said oh, of course not, when you take a cutting on a Hoya, it won't grow a new growing tip from the stem. The new growing tip starts from the roots.

So then I'm thinking, well gosh, maybe the original plant, despite the fact that I haven't repotted it or topdressed it or anything, is buried too deeply to generate new shoots, and that's why I haven't seen any new growth.

But I've just looked at a 'Krimson Queen' I've had for about a year, which I took cuttings of last fall, and in that case, the new growing tip came out of the stem near where the old one was, or at least appears to have, and so now I'm confused. This is a person who knows her plants: if what she said isn't what happens, then I must have misunderstood what she said.

So my questions are:

1) Where does new growth happen after a Hoya cutting is taken? Does the old plant start over again from the roots, or does it start from near where the cutting was taken?

2) If it starts over from where the cutting was taken, then does anybody have any idea what this person might have been talking about? I mean, let's assume she wasn't just making things up.

The plants in question are both in 6-inch pots (there were a lot of cuttings). Light is from a partly-obstructed west window; humidity varies but has been pretty dry since I've had these. Temperature is normal to slightly warm (70-80F; 21-27C). I have been watering only about every three or four weeks, because the original plant is in soil that holds water for a long time, and the cuttings don't have many roots to take water up with. The ends of the cuttings are buried about 3 inches / 8 cm under the soil; I haven't ever taken the original plant out of the pot but I assume it's similar.

Any and all help would be greatly appreciated. (Misleads not so much, but points for trying anyway.)

CONTEMPORARY HOMESHouzz Tour: Designer Makes His Place Chic on a Dime
By Becky Harris
Thrifty finds, hand-me-downs and a bit of ingenuity result in a cozy and stylish home
Full Story
53

FUN HOUZZHouzz Quiz: What Style of House Should You Live In?
By Mitchell Parker
Does your heart belong to midcentury, traditional, farmhouse or something else? Take our quiz to find out
Full Story
309

ARCHITECTUREGet a Perfectly Built Home the First Time Around
By Bud Dietrich, AIA
Yes, you can have a new build you’ll love right off the bat. Consider learning about yourself a bonus
Full Story
112

LIFE10 Ways to Cope With Grief During the Holidays
By Upholstery Club's Shelly Leer
If you are experiencing loss, take it from an experienced griever — life has changed forever, but it does get better
Full Story
212

A Zig and a Zag: Chevron Patterns
By Becky Harris
Full Story
10

DECORATING GUIDESHow to Choose an Awesome Area Rug No Matter What Your Space
By Apartment 46 for the Home
High use, a low door, kids and pets running amok — whatever your area endures, this insight will help you find the right rug for it
Full Story
119

FARMHOUSESWorld of Design: See How 9 Families Live and Farm on Their Land
By Houzz
Join us as we visit the homes and farms of passionate food producers and hear about rural life around the globe
Full Story
63

COMMUNITYWant a Cleaner, Safer Neighborhood? Show You Care
By Mitchell Parker
Our behavior strongly influences others, says a new study. Show neighbors you care about your street and watch them follow suit
Full Story
33 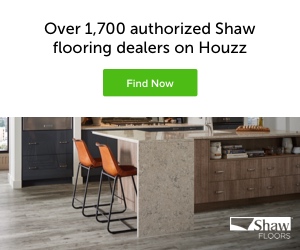 More Discussions
Where to buy and sell Hoyas?
13

What Hoya is this?
0
Looking to purchase some cuttings
8

Multiflora has no idea what season this is!
16