Up to 70% Off
Bestselling Outdoor Seating

Up to 75% Off
The Ultimate Seating Sale

Trending Now
A Seat at the Table

For Pros
For Pros

Baby Boomers and Gen Xers Drove Remodeling and Spending in 2019

People across age groups continued to use cash from savings to fund their projects. Most hired pros

Erin CarlyleJune 30, 2020
Former Houzz Editorial Staff. Writing about the cost of renovation and what it takes to remodel. Former Forbes real estate reporter. Fascinated by cool homes, watching the bottom line.
More
Print
Facebook
Twitter
Email
Baby boomers and Gen Xers drove the majority (85%) of renovations in 2019 and spent higher amounts on their projects compared with younger generations, according to the 2020 U.S. Houzz & Home study.

People renovating their homes across all age groups continued to use cash from savings to fund their projects, the study found. And the majority of renovating homeowners hired at least one professional to help with the project.

Read on to learn more about what renovating homeowners across the generations spent, how they paid for their projects and which pros they hired.
Michelle Glennon Interior Design, Inc
The Houzz & Home survey is the largest publicly available survey of residential remodeling, building and decorating activity in the U.S. The 2020 survey — fielded between Jan. 2 and March 5, prior to the shelter-in-place orders related to the coronavirus pandemic — collected information from more than 87,000 U.S. respondents.
Erin Carlyle
Baby Boomers and Gen Xers Drove Renovations in 2019
This graph shows the share of renovating homeowners in 2019 by generation. Baby boomers (ages 55 to 74) and Gen Xers (ages 40 to 54) made up 85% of those on Houzz who renovated in 2019, up from 83% in 2018.

Millennials (ages 25 to 39) accounted for 12% of renovating homeowners on Houzz in 2019, a smaller share than the 20% slice of the U.S. population they represent.
Peter Vincent Architects
Erin Carlyle
Renovation Spending Varied Widely in 2019

Renovating homeowners spent anywhere from $1,000 to more than $100,000 on their projects in 2019. These figures reflect both DIY projects and those done with professional help.
Erin Carlyle
Baby Boomers Had the Highest National Median Renovation Spend in 2019

“Median” refers to the midpoint spending level, meaning half of homeowners spent more and half spent less. (Again, these numbers include both DIY projects and those in which a pro was involved.) The median should not be interpreted as the likely cost of a particular project, since remodeling costs vary widely by location and project scope and can be much higher in some metropolitan areas and for major remodels.

Cash from savings remained the top funding source (83%) among homeowners who remodeled, even in projects with a higher spending amount (over $50,000). Credit cards were the second choice (38%) to pay for home renovations in 2019.
Erin Carlyle
Cash Was King Across the Generations

Cash from savings was the most popular payment method for renovating homeowners both young and old, the study found.

Younger homeowners were more likely to use credit cards (45% for millennials) than were older homeowners (35% for baby boomers).

Older homeowners were more likely to rely on cash from a previous home sale (11% for baby boomers and seniors) compared with younger homeowners (9% for Gen Xers and millennials).
Polly Corn Design
Erin Carlyle
Older Generations Were More Likely to Hire Pros in 2019

The majority of renovating homeowners across the generations hired pros for their projects in 2019 — anyone from a painter or tiler to a general contractor or interior designer. But pro hiring was most common among older generations.

The percentages here do not add up to 100% because some renovating homeowners hired more than one pro.
Alexandra Rae Design
Erin Carlyle
Younger Generations Focused on Decorating

Most homeowners who renovated in 2019 decorated their homes after the renovation was completed. But younger generations were more focused on decorating compared with older generations. Eighty-two percent of millennials decorated after renovating, whereas only 64% of baby boomers and 49% of seniors did.
Intrim Group Pty Ltd
Erin Carlyle
All Generations Researched Products Online in 2019

Online product searches were popular among people of all ages, as this graph shows.
Erin Carlyle
Younger Generations Commonly Renovated to Customize a Recently Purchased Home

Motivations for undertaking a renovation in the first place varied across the generations in 2019. Baby boomers were more likely to renovate because they had wanted to all along (58%) than because they had recently purchased a home and wanted to customize it (20%). The same pattern held true for Gen Xers, 60% of whom had wanted to do the renovation all along and 24% of whom did it to customize a recently purchased home.

Key Takeaways From the 2020 U.S. Houzz & Home Study
By Erin Carlyle·7
Inside Houzz

Renovation Spending Is Up, New Houzz Study Shows
By Mitchell Parker·4
Inside Houzz

Why Remodels Go Over Budget, and How to Keep Yours in Line
By Erin Carlyle·23
Budgeting Your Project 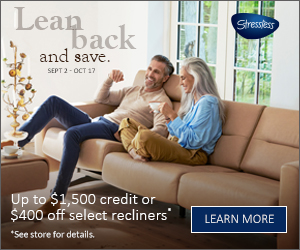 Here’s Why Kitchen and Bath Renovations Are Costing MoreFull Story