Turface as a soil conditioner

Turface, what is it? I've heard it mentioned a couple of times. Just wondering...

Turface is a soil conditioner. It is a calcine clay product used to improve drainage, reduce compaction, hold moisture, improve the CEC of the soil. The clay is mined in MS, then run through an oven at 1500 degrees. After the clay is baked at 1500 degrees, a permanent soil particle is produced which will never break down. Kind of like clay pottery, but very small pieces. Why use it? On athletic fields especially, compaction is the enemy. Compacted soils have very little oxygen for the roots, and without oxygen the turf struggles to survive. If I can add a product to the soil which will adds oxygen to the soil, monitors the moisture content, and does not compact, then the turfs chances for survival are much greater. Turface is the product. Ideally you would like Turface to be 25% of the soil in high traffic areas.

I have used Turface in home lawns also for drainage problems, underneath trees, and in the flower beds. You would not believe the root system plants produce if Turface is in the soil, flowers flourish, and I do not have to water a frequently because Turface holds moisture.

I recently used it in a lawn renovation. I'm pleased with the results. There are still some areas that hold water in the yard, but they are the lowest lying areas. I spread the Turface evenly over the whole lawn, DUH, I should have put down more in those lower lying areas. :dizzy:

Profile owns Turface as well as a lot of the hydro mulch companies (they went on a buying spree a few years agoP).

Turface All Sport (or MVP) is awseome at adding oxygem to a root zone. It's PH inert & has a respectable CEC so it's ideal in the root zone. If it weren't for Turface, my Impatiens would never exceed the height of my knee. But they often come closer to my waist (with some 20-20-20).

An Oxygen difficiency doesn't show up as lackin on a soil test. Yet is the most commonly lacking soil element that I find missing when I'm called on to look at troubled turf. Oxygen is the only element that is required by all forms of plants that you can't buy in a bag or a bottle. Until now.

Hey Scott. I'll guess that isn't a pictiure of the Mrs. When would you ever find the time to log on here?

so is Turface a top dress type matterial, or should it be mixed into the soil for lawns. How about the particle size, can it be broadcast spread?

I've been through Profiles formal 2 day training program. Everyone should be able to once in their life. Very valuable experience. Baseball City in Fla. We did some renovation work on the Kansas City Royals practice facility.

In the perfect world, Turface would be added to the topsoil that a field is made with at the time it's being built.

For existing fields, it is used at rates up 1000 lbs/M (or more depending on depth of incorporation & existing conditions) and tilled into the entire root zone. (Deeper is better) This shoud be done any time a football feild crown is being rebuilt. But I get the same blank expressions from school board people almost every place I go. They usually site budget constraints. So they blindly rebuild centers with imported topsoil & maybe a sprinkling of Turface every year. Then they complain when the Thanksgiving Day game is played on mud the following year. Some yahoo is always going to throw stones when the compromised effort didn't deliver the desired result. By the time an administrator's term is through, most boards spend MORE money repairing fields (anually) the wrong way. Broadcasting loose topsoil (with or without Turface) over a compacted & depressed crown prior to regrassing doesn't work. I call it the cereal bowl effect. (use the imagination here) Major incorporation is the only permanant solution.

The next best thing is to deep tine aerify, then broadcast the Turface & drag. Fill the lows afterwards. Over time, this approach will eventually deliver some results. But when it's done at (sometimes) less than one quarter the ideal rate, results aren't very dramatic. So the following year, people often forget to do it again. Catch 22. Can't afford to do it right. Can't afford to do it wrong.

I see municipal parks guys just broadcasting Turface (without incorporation) even on the skinned areas of baseball fields. Their theory is that they'll eventually groom it in. Uh-huh....just about the same time Pigs fly.....

Broadcasting Turface won't do anything for a rootzone unless it becomes PART of the rootzone.

MOST POPULAR5 Ways to Hide That Big Air Conditioner in Your Yard
By Mariana Pickering (Emu Building Science)
Don’t sweat that boxy A/C unit. Here’s how to place it out of sight and out of mind
Full Story
194

DECORATING GUIDESTurn Your Corks Into Home Décor
By Vanessa Brunner
Are the wine corks piling up in your house? Learn how to recycle or reuse these versatile, sustainable stoppers
Full Story
24

LIFEYou Said It: ‘They Looked at Me Like I Had 10 Heads’
By Becky Harris
Design advice, inspiration and observations that struck a chord
Full Story
11

PATIOSPatio Details: A Modern Pergola Stands Up to Nebraska’s Climate
By Annie Thornton
Challenging weather is no match for this family's tough but elegant-looking outdoor space
Full Story
17

FARM YOUR YARD6 Things to Know Before You Start Growing Your Own Food
By Abundant City
It takes time and practice, but growing edibles in the suburbs or city is possible with smart prep and patience
Full Story
79

BASEMENTSDesign Workshop: Is It Time to Let Basements Become Extinct?
By Eric Reinholdt, Architect
Costly and often unnecessary, basements may become obsolete — if they aren’t already. Here are responses to every reason to keep them around
Full Story
297 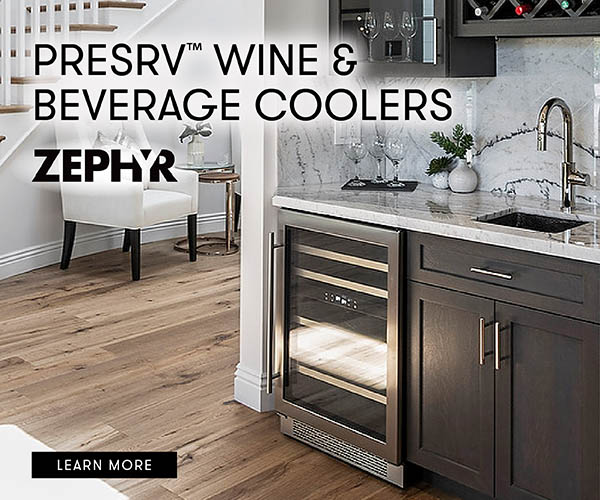 Broke dormancy too early :/ now what?
10

Fig Shuffle Started
40
Figs growing up from the bottom?
1
Do fig bushes get too old to produce?
0