Up to 70% Off
Outdoor Sofas and Sectionals

Up to 70% Off
Outdoor Dining Sets

Up to 75% Off
Outdoor Favorites by Category

Has anyone bought appliances from either Number 1 Appliance or U.S. Appliance on the internet? I am looking to replace a Jenn Air electric range with the downdraft and these places seem to be much more reasonable than what I can get it locally. I'm a little nervous about spending so much in this way -- but I just can't find it locally and the big box stores are charging at least $200 - $400 more to order it. Over the internet, I also get free shipping and no sales tax. Any suggestions or feedback about these two companies? Thanks so much!

LIGHTINGOn the Internet, Nobody Knows You're a Lamp
By Mike Elgan
Home appliances and devices are poised to get on the Internet and start messaging one another. Here's why that'll be great for you
Full Story
17

KITCHEN APPLIANCESHow to Pick Your Important Kitchen Appliances
By Vanessa Brunner
Find the ideal oven, refrigerator, range and more without going nutty — these resources help you sort through your the appliance options
Full Story
26

GREEN DECORATINGHow to Choose and Use Ecofriendly Kitchen Appliances
By Ivon Street Studio
Inefficient kitchen appliances waste energy and money. Here's how to pick and use appliances wisely
Full Story
37

UNIVERSAL DESIGNHow to Choose Kitchen Appliances for Universal Design
By Sheridan Interiors, Kitchens and Baths
Accessibility and safety features for kitchen appliances let everyone in on the cooking fun
Full Story
29 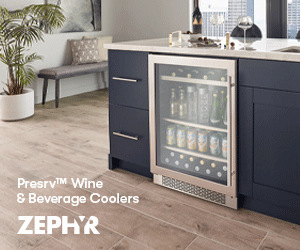 More Discussions
Cambria just increased prices of slabs...by $600 a slab
16
looking for pros and cons of porcelain countertops. thanks!
12
A “demonic” kitchen...
8
What trash bins fit into the ikea 18" wide 24" deep sektion cabinet?
0
Backsplash all the up the windowless sink wall?
0