Up to 70% Off
Last Chance: Patio Furniture

Up to 75% Off
Last Chance: Outdoor Decor

Trending Now
Light Up Your Patio

Up to 50% Off
Last Chance: Pots and Planters

Noelle JohnsonJuly 8, 2015
More
Print
Facebook
Twitter
Email
Southwestern native beargrass (Nolina microcarpa) doesn’t disappoint, with its spiky, grass-like shape adding texture and creating contrast in the drought-tolerant garden. While it’s not a true grass, its resemblance to ornamental grasses means it can be used in similar ways. Besides the attractive green leaves, the curlicue tip of each leaf adds a touch of whimsy to the landscape.
Noelle Johnson Landscape Consulting
Botanical name: Nolina microcarpa
Common names: Beargrass, palmilla, sacahuista, saw grass
Origin: Native to Arizona, New Mexico, southern Utah and northern Mexico
Where it will grow: Hardy to -10 degrees Fahrenheit (USDA zone 6; find your zone)
Water requirement: Drought tolerant once established but does best when watered once a month in summer; can survive on natural rainfall in winter. (In desert climates, water every two weeks and monthly in winter.)
Light requirement: Full sun or partial shade
Mature size: 3 to 4 feet tall and 5 to 6 feet wide
Benefits and tolerances: Drought tolerant
Seasonal interest: Green flower spike appears on mature plants in summer
When to plant: Spring or fall
Noelle Johnson Landscape Consulting
Distinguishing traits. At first glance, beargrass looks like an ornamental grass, with its upright green foliage that gracefully arches downward near the edges. It’s because of these characteristics that it is often used interchangeably with ornamental grasses, since they achieve the same purpose visually. The coarse leaves have tiny saw teeth along the edges and grow from an underground stem. Each leaf is typically 3 feet long and ¼ inch wide; each leaf’s tip is split and frayed, creating curlicue shapes that add to the attractiveness of this grass-like plant. In late spring, a mature specimen will send up a 3-foot flowering spike covered in cream-colored flowers with a greenish tinge. Spent flower spikes can be removed in late summer.

Shown: The curlicue tips of beargrass
Noelle Johnson Landscape Consulting
In its native habitat, beargrass can be found growing in grasslands as well as areas populated with juniper and oak trees, at elevations between 3,000 and 6,000 feet.

There are other species of Nolina, such as N. erumpens, a larger species with leaves that arch less and have less pronounced fraying at the tips. The slightly smaller N. texana looks more grass-like and lays rather flat. Both of these other species of Nolina can also be referred to as beargrass or sacahuista. As a result, it’s important to look beyond the common names and focus on the botanical name(s) to ensure you get the plant you want.

Shown: Beargrass growing in the upper elevations of the Sonoran Desert, outside Phoenix
Noelle Johnson Landscape Consulting
How to use it. Beargrass is extremely versatile, and its upright, grass-like growth habit adds texture to the landscape. For a contemporary look, plant rows of beargrass along pathways or against the foundations of buildings, so its spiky shape can be enjoyed to the fullest extent. The shadows will add another design element. Beargrass also makes a great container plant.

This Southwestern native is also equally at home when used in a more natural setting, interspersed throughout the landscape alongside the yellow flowers and gray foliage of brittlebush (Encelia farinosa) or near the dark green foliage and red flowers of Baja fairy duster (Calliandra californica). For the ultimate in contrasting textures, mix beargrass with gray-green agave species or cactuses, such as Parry’s agave (Agave parryi), whale’s tongue (Agave ovatifolia) and Santa Rita prickly pear (Opuntia santa-rita).
Noelle Johnson Landscape Consulting
Planting notes. As with most Southwestern natives, beargrass isn’t fussy. All it needs is well-drained soil and a location that receives full sun or partial shade. Dig a hole that is three times as wide as the root ball. Amendments and fertilizer aren’t necessary. 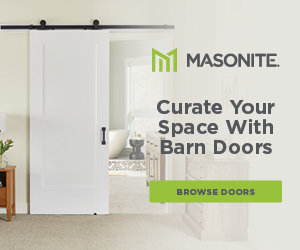