skip to main content
RUG SALE
0
Your shopping cart is empty.
Sign In
Join as a Pro
History of Houzz
GET IDEAS
PHOTOS
MAGAZINE
DISCUSSIONS
HOUZZ TV
HOUZZ RESEARCH
FIND PROFESSIONALS
PROS BY CATEGORIES
PROS BY SERVICES
View All ProfessionalsView All Home Services
Are you a home professional? Learn more about Houzz Pro
SHOP BY DEPARTMENT
KITCHEN & DININGFURNITUREBATHDECORBEDROOMHOME IMPROVEMENTLIVINGOUTDOORLIGHTINGMORE
Looking for the perfect gift? Send a Houzz Gift Card!
SALE
ON SALE - UP TO 75% OFF
RUG SALE

Up to 70% Off
Oversized Area Rugs

Annie ThorntonMay 1, 2013
Houzz Editorial Staff
More
Print
Embed
Facebook
Twitter
Email
Aeonium is a genus whose species are prized as some of the most ornamental succulents, with foliage that ranges from vivid chartreuse to nearly black, and that's solid colored, banded or striped. The 35 species have distinct sizes and colors, with hybridization expanding varieties into the thousands. Aeonium are frost tender, preferring the mild Mediterranean climate of their native Canary Islands, but you'll find Aeonium to be more tolerant of soil and moisture than desert natives.
debora carl landscape design
Botanical name: Aeonium spp
Common names: Aeonium, houseleek tree
USDA zones: 9 and up; hardy to 25 degrees Fahrenheit (find your zone)
Water requirement: Low, but prefers more watering than most succulents
Light requirement: Full sun to partial shade (full sun in cooler climates)
Mature size: Varies with species
Benefits and tolerances: Soil tolerant; more tolerant of moisture than other succulents
Seasonal interest: Year-round; Aeonium are monocarpic, meaning they flower once, set seed and then die
When to plant: It's best to plant cuttings in fall; allow the stem end to become callous

Shown: A. 'Sunburst'
Billy Goodnick Garden Design
EPTDESIGN
Distinguishing traits. Succulents are very ornamental, and Aeonium are especially so. Lush, fleshy leaves are held in the typically tight rosette form, with edges often rounded out. While Aeonium once were included in the Sempervivum genus, frost sensitivity and subtle differences led to a division.

Some species, like Aeonium canariensis, produce offsets profusely while keeping low to the ground, like a mat. As for sun, "I have noticed that the A. canariensis can burn if it gets prolonged sun exposure," says landscape designer Carl Balton. "They stay greener in bright to low light and can even tolerate a few hours of shade."
Carson Douglas Landscape Architecture
Shown: A. 'Alice Keck Park'
Root Design & Landscape
Others, like Aeonium arboreum 'Zwartkop' (or 'Schwartzkopf') grow on stalks to 3 or 4 feet tall. 'Zwartkop' is prized for its near-black foliage. Sunlight deepens its color; landscape designer Steve Atkins notes that dark purple foliage can fade to green over winter.

Plants can become leggy with age. To tidy up, cut the primary rosette off, allow the end to become calloused and replant. It will reroot, and the stem will sprout new growth as well.
Randy Thueme Design Inc. - Landscape Architecture
Aeonium are monocarpic, producing one flower stalk before dying. Most Aeonium in cultivation are branching forms, meaning only one rosette will fade.

Shown: A. canariense
debora carl landscape design
How to use it. Here we see how ornamental grasses and the strappy foliage of New Zealand flax produce an elegant and unusual textural contrast.

Aeonium rosettes and colors pair well with the forms and colors of other succulents.
Urban Oasis Landscape Design
Aeonium are very frost tender. If your climate experiences temperatures below freezing, plant in containers that can be brought inside over winter.

“In the winter I bring them indoors in the Northwest, as they are a fair-weather plant and even our moderate winters can easily decimate them,” Atkins says.
debora carl landscape design
Planting notes. Aeonium thrive in regions with wet winters and dry summers, but can survive elsewhere. Shelter them from the sun in hot climates. Allow plenty of airflow and ventilation where there’s more humidity. They are winter growers and may go into dormancy in summer, especially in extremely warm climates.

Aeonium are more tolerant of moisture than other succulents, actually preferring the soil to remain a little moist. Prevent the soil from drying out completely but take care to not overwater. Aeonium do well in most soils other than clay.

Most Popular10 Tips for Beginning Gardeners
By Laura Gaskill
With a simple sketch, basic tools and the right plants, you’ll be on your way to growing your first flowers or edibles
Full Story108

Summer GardeningKeep Your Cool in the Garden — Here’s What to Do in August
By Annie Thornton
Don’t let summer’s heat go to your head. These U.S. gardening guides will help you make sensible choices for all of your plantings
Full Story28

Gardening 101How to Start a Cut Flower Garden for Beautiful Bouquets All Year
By Sheila Schmitz
Flower farmer Erin Benzakein shows us how to grow fresh seasonal flowers the most satisfying way: by seed
Full Story25

Fall Gardening3 Chores to Do Now to Prep Your Garden for Winter and Spring
By Aislin Gibson
These basic moves will revive your soil, renew your tools and make for a fruitful harvest next year
Full Story7

Gardening 101Your Healthy Houseplant Checklist
By Laura Gaskill
Choose the best plants for your rooms, and then get growing with the right pots, tools and ingredients
Full Story15

Gardening 101Experts Share 13 Common Gardening Mistakes and How to Avoid Them
By Lauren Dunec Hoang
See how to avoid overwatering, spacing out plants incorrectly and other landscaping pitfalls
Full Story24
Shop Related Categories 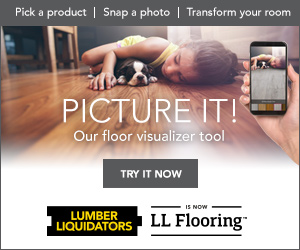 10 Steps to Making a Garden Your OwnFull Story

What to Do This Fall to Build Healthy Garden SoilFull Story