Top Ideabooks
No Entryway? Create the Illusion of OneHow to Store Kitchen Tools and FlatwareStandard Fixture Dimensions and Measurements for a Master BathThe Right Height for Your Bathroom Sinks, Mirrors and More
Appears in
Latest From Houzz
See also
Trending Now

The Truth About Bats: 3 Reasons to Love Them

It’s Halloween — time for spiders, black cats and bats. Here’s why we should appreciate, not fear, the nocturnal winged mammals

Jennifer BakerOctober 29, 2016
JENNIFER BAKER is the founder and President of Sparrow Landscaping, a design/build Company that creates sustainable landscapes and restores existing native communities. Prior to starting Sparrow, Jen was the top sales professional, consultant and designer at Prairie Nursery; integral to the conversion of thousands of acres into native habitat. As a consultant and land planner, Jen advised We Energies, the Lakehead Pipe Line Company, Ken Saiki Design, The Mayo Corporation, The City of Appleton, Oehme, Van Sweden & Associates as well as the private estates of philanthropist Susan and Lewis Manilow and movie producer John Hughes, to name a few. As a writer, her work has been featured in Natural Gardening for Birds, Simple Ways to Create a Bird Haven, Cabin Life Magazine, Fine Gardening, Wisconsin Gardening, Bird Watcher’s Digest, Ecological Restoration, and The Passenger Pigeon. As a public speaker, she addressed audiences on the topics of rain gardens, sustainable landscape design and the prairie/grassland bird relationship at the J.F. New Conference at the University of Notre Dame, the Lake Home & Cabin Shows in the Midwest, the Partners of Scott County Watershed in Iowa, the EPA in Chicago and the Native Landscaping Conference and Madison Garden Expo in Madison, WI. She is an honors graduate of the MS program in Wildlife Ecology at the UW Madison. She lives on and manages 80 acres of oak barrens in South Central Wisconsin with her husband and son. Visit sparrowlandplanning.com.
More
When someone mentions bats, do you automatically think of blind, rabies-carrying, blood-sucking flying rodents getting caught in your hair? Well, the truth about bats is anything but scary.
MerlinTuttle.org
An Egyptian fruit bat (Rousettus aegyptiacus) eats a ripe mango. These bats are often exterminated when accused of damaging fruit crops. But in a study in Kenya, bat expert Merlin Tuttle found that marketable mangoes must be picked at least seven days before ripening, a time when they’re too green for bats to eat. Bats typically feed on the fruit that has been left to ripen on the tree; photo by MerlinTuttle.org

Bats are 1,300 species strong, making up 25 percent of all mammal species. They span six continents and range in size from the thumb-size Kitti’s hog-nosed bat (Craseonycteris thonglongyai) to the Malayan flying fox (Pteropus vampyrus), which boasts a 6-foot wingspan.

Except for regions surrounding the poles and remote islands, bats have evolved to thrive in the driest of deserts and lushest of rainforests, and are probably flitting about your neighborhood unnoticed.

First of all, bats are certainly not blind. They have eyes just as we do. Many of the larger bats see three times better than most of us. Their ears are essentially a second pair of eyes, as they use biosonar or echolocation to navigate the night skies in search of food, when other mammalian competitors are fast asleep.
MerlinTuttle.org
A Hardwicke’s woolly bat (Kerivoula hardwickii) enters a pitcher plant; photo by MerlinTuttle.org

As for the rabies risk? Rabies is scary but extremely rare and needs to be put into perspective with the risks we take on a daily basis. In the past 50 years, fewer than 40 people have been infected with rabies from wild bats, according to the Organization for Bat Conservation’s executive director, Rob Mies. The spooky truth? Based on LiveScience’s “The Odds of Dying,” you’re far more likely to perish from an encounter with a misbehaved dog, salmonella-laced meatloaf sandwich or stray lightning bolt.
MerlinTuttle.org
A hairy-legged vampire bat (Diphylla ecaudata) in Mexico. This species doesn’t cause problems for people or livestock since they feed exclusively on the blood of birds; photo by MerlinTuttle.org

So what about the vampire types? Of the more than 1,300 kinds of bats that share our space on this planet, only three species are hematophagous, or fueled by an exclusive blood diet. These residents of southern Mexico, Central and South America, Batworlds explains, rarely seek human prey and don’t suck per se, but lap instead — I would imagine like a dog at a water bowl — consuming a few teaspoons of blood from a typically unsuspecting sleeping mammalian or bird host through small puncture wounds.

And no, they’re not rodents; bats belong to the order Chiroptera, Latin for “hand-wing.”

Finally, the getting-caught-in-the-hair scare is blown way out of proportion. Insectivorous bats, which make up the majority of bats in North America, are interested in the insects buzzing around you as you walk, not your hair. Bat Conservation International explains that bats’ rapid, seemingly erratic movements in hot pursuit of insects often cause people to think that they’re being attacked. The spooky truth? You should be much more worried about mosquitoes laced with malaria parasites or the West Nile and Zika viruses than the bats that are swooping in to eat them.
MerlinTuttle.org
A lesser long-nosed bat (Leptonycteris yerbabuenae) flies in to grab cardon cactus (Pachycereus pringlei) flower nectar and pollen; photo by MerlinTuttle.org

1. Bats pollinate food crops. They pollinate some 300 of them, according to the U.S. Department of Agriculture’s Forest Service — birds and bees aren’t the only ones. The next time you’re eating a mango and banana fruit salad, thank a bat. If you’re washing that salad down with a shot of tequila, give a Mexican long-tongued bat (Choeronycteris mexicana) a big thumbs-up for its role in agave pollination.
MerlinTuttle.org
A frog-eating or fringe-lipped bat (Trachops cirrhosus) swoops in on an unsuspecting katydid in Panama; photo by MerlinTuttle.org

2. Bats keep insect pests in balance. Insectivorous bats consume 2,000 to 6,000 insects every night, a nontoxic pest-control service that the Center for Biological Diversity values at $3.7 billion to $53 billion per year. What a boon for farmers trying to protect their crops from micrograzers or for campers trying to roast one more marshmallow under a moonlit summer sky.
MerlinTuttle.org
A minor epauletted fruit bat (Epomophorus labiatus minor), an African resident, flies off with a piece of tropical fruit; photo by MerlinTuttle.org

But here’s the scary part. Bats are in danger. The Organization for Bat Conservation lists white-nose syndrome, habitat destruction, pesticides, climate change and wind turbines as culprits in the decline of many bat species.
Sparrow Landscaping LLC
White wild indigo (Baptisia alba) attracts pollinators and their prey night and day.

How You Can Help Bats

Plant food that attracts their food. Most North American bats eat night-flying insects, so use flowers that either stay open through the night or specifically bloom through the evening.
Sparrow Landscaping LLC
Cup plant (Silphium perfoliatum), at home in almost any soil type, attracts a variety of insects, which bring in the bats.

Use native plants that match your region and site conditions, as they have evolved to attract native insects. Although there are thousands of plants to choose from, the Organization for Bat Conservation’s Bat Garden Guide provides extensive plant lists by region.

Browse plants native to regions across the U.S.
Sparrow Landscaping LLC
Don’t kill their food. Stay away from “bug bombs” or insecticide foggers that indiscriminately kill all insects. If there’s nothing to eat in your yard, bats will seek greener pastures, if they can find them.
MerlinTuttle.org
A Townsend’s big-eared bat (Corynorhinus townsendii) drinks in flight in Arizona; photo by MerlinTuttle.org

Just add water. Although a pond surrounded by native plants is ideal, even a shallow birdbath or clay flower pot base filled with water set on your back porch does the trick.
Sparrow Landscaping LLC
Obviously, birds will benefit as well. Here, Wisconsin bluebirds enjoy a drink as they prepare for their fall migration.
Sparrow Landscaping LLC
A dead or dying oak may look messy to homeowners, but it provides essential habitat for bats and scores of other critters.

Leave the dead trees. Although building a cave in our backyard may be unrealistic, leaving dead and dying trees standing is not. Take “cleaning up the woods” off your to-do list. Loose bark and crevices typical of dead trees are especially valuable as summer roost sites.

7 Reasons Not to ‘Clean Up’ Your Fall Garden
MerlinTuttle.org
Florida bonneted bats (Eumops floridanus) occupy a pair of bat houses in the Babcock-Webb Wildlife Management area in Florida; photo by MerlinTuttle.org

Add a bat house. Make sure you’re getting a bat house that is built with the bat’s best interest in mind. The blog at Merlin Tuttle’s Bat Conservation discusses a pecan grower’s experience successfully attracting bats with well-designed houses.

More
Make Your Garden a Haven for Backyard Birds
Gardening for the Bees, and Why It’s a Good Thing
Comments (67)
See 64 more comments
Related Stories

Most Popular10 Tips to Start a Garden — Can-Do Ideas for Beginners
By Alison Hodgson
Green up your landscape even if you're short on time, money and knowledge, with these manageable steps for first-time gardeners
Full Story63

Gardening for BirdsBackyard Birds: Invite Entertaining Hummingbirds Into Your Garden
By Rhiannon L. Crain
Hummingbirds — unique to the Americas — zip through open landscapes seasonally or year-round. Here’s how to attract them
Full Story182

What Your Weeds May Be Trying to Tell You
By Curtis Adams
An invasion of weeds can reveal something about your soil. Here’s what is going on and what to do about it
Full Story47

Your First House10 Tips for Beginning Gardeners
By Laura Gaskill
With a simple sketch, basic tools and the right plants, you’ll be on your way to growing your first flowers or edibles
Full Story106

Flowers and Foliage That Bring Fragrance Into Your Garden
By Kathy Vilim
Create a scented garden with roses, lavender, thyme, jasmine, citrus trees and other sweet-smelling plants
Full Story40

Most PopularWhen Is the Right Time to Prune Your Hydrangeas?
By Marianne Lipanovich
The type of hydrangea you have determines when it’s time to trim
Full Story37

Regional Garden GuidesSpring Gardens Are Blooming — Here’s What to Do in April
By Annie Thornton
Get the guide you need for gardening in your U.S. region, with tasks, climate-appropriate plantings and more
Full Story49

Beneficial Insects7 Reasons Not to Clean Up Your Fall Garden
By Benjamin Vogt
Before you pluck and rake, consider wildlife, the health of your plants and your own right to relax
Full Story248
Shop Related Categories

How to Design a Garden for Native BeesFull Story

What Your Weeds May Be Trying to Tell YouFull Story

12 Gardening Ideas You Can Count as ResolutionsFull Story

Flowers and Foliage That Bring Fragrance Into Your GardenFull Story

When Is the Right Time to Prune Your Hydrangeas?Full Story 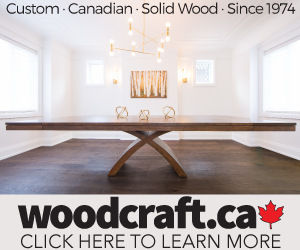