Becky HarrisMarch 11, 2017
Houzz Contributor. Hi there! I live in a 1920s cottage in Atlanta that I'll describe as "collected." I got into design via Landscape Architecture, which I studied at the University of Virginia. I've been writing about design online for quite a few years over at Hatch: The Design Public Blog.
More
“Modern farmhouse” is a look that many homeowners are going for these days, and it’s a term we throw around a lot. But what exactly does it mean? In this home outside Boston, it’s a mix of old and new, primitive and refined, with a few winks toward traditional farmhouse architecture. The farmhouse touches include reclaimed rustic beams, simple light fixtures, Shaker cabinetry, antique mirrored and seeded glass, patinated oil-rubbed bronze hardware, and antiques, which interior designer Nikki Dalrymple balanced with more modern furnishings and finishes. These ingredients add up to a comfortable, inviting family home for a young crew relocating from a much smaller place in the city.
ACQUIRE
Photos by Sean Litchfield

Dalrymple had worked with these homeowners on their two-bedroom condo in Boston, so when baby No. 2’s impending arrival inspired a move to the burbs, she already knew their tastes well. She joined the project during the blueprint phase of construction, helping them choose finishes, furniture and accessories; design fireplace surrounds; and pick out and place lighting. She was able to use their existing pieces while adding enough to furnish their new home. She also knew that sustainability was a priority for them. “They wanted to use upcycled items, antiques, LED lighting and low-VOC finishes, and keep their carbon footprint as low as possible,” she says.

The dining room is a mix of old and new, and it includes a range of textures. The sealed concrete table has a modern look and is flanked by chairs with more traditional lines. The farm ladder and rug are vintage, while a stunning light fixture made of antique glass provides a strong and surprising focal point. “This room is open to the colorful kitchen, so we wanted to make it more quiet,” Dalrymple says.

Light fixture: Currey & Co.
ACQUIRE
“One of the homeowners knew she wanted a blue kitchen — both of them are fearless when it comes to color,” she says. “We broke up all that blue by using seeded glass on the upper cabinets.”

While the house was a new build, it has touches that make it seem as if it has been around for a century. In the kitchen, reclaimed beams and simple glass pendant lights with Edison bulbs lend a sense of age. So does the hardware. “I love to use oil-rubbed bronze; it’s so nice to the touch,” she says. Overscaled pulls add a good amount of the finish throughout the room. For contrast, the multistone mosaic backsplash and quartz countertops are more modern.

Ikat-inspired fabric on the stool slipcovers is an eclectic and lively touch. With two toddlers around, indoor-outdoor fabric was a must — it’s easy to remove and wash them.

Cabinet paint: Indi Go-Go, Benjamin Moore; stool fabric: Thom Filicia; pendant lights: Circa Lighting; vent hood: Modern-Aire
ACQUIRE
In the living room, another reclaimed beam serves as the mantel, and Dalrymple found an antique terra-cotta tile to use on the surround. Another touch that adds farmhouse appeal is the way she treated the lovely window and door casings throughout the first floor, highlighting them in a warm gray paint.

She had helped the couple choose the sofa and side tables for their previous city home, and added two wingback chairs and a coffee table that has antique mirrored glass on the bottom. The chairs are a mix of rustic and refined — they are upholstered in burlap on the back and a soft blue linen on the front. The mirror over the mantel was a serendipitous find; the linen on the frame is a perfect match for the linen on the chairs.

And of course the sheep brings in a whimsical farm-inspired touch. It’s an antique that used to be part of an old advertisement that the designer scooped up at an antiques fair.

Paint: White Dove (walls) and Museum Piece (trim): Benjamin Moore
ACQUIRE
In the family room, custom casework hides the media equipment — the two large doors disappear into pockets so that the TV can be viewed from around the room. Two armchairs face the stone fireplace, while this perspective is taken from just behind a sofa that faces the TV. The X details on the lower cabinets are a wink to vernacular rural architecture, and the hardware repeats the oil-rubbed bronze Dalrymple used in the kitchen.
ACQUIRE
Also nodding to the farm is this reclaimed door on a barn door track, which leads to an office. The builder found the door, while Dalrymple located the hardware and specified seeded glass for the inserts.

The artwork is composed of moss and framed in reclaimed wood.

Moss artwork: Artisan Moss
ACQUIRE
The powder room is covered in a deep blue wallcovering with small sea gulls on it. The homeowners fell in love with this industrial sink, which Dalrymple accentuated with a zinc mirror and Edison bulb sconces.

Wallpaper: Yukutori, Farrow & Ball; sink: Restoration Hardware
ACQUIRE
The playroom on the first floor has a woodland mural that picks up on the wooded surrounding outside the windows. It’s really hard to see in the photo, but Dalrymple tucked little papier-mâché mice and an owl among the logs and leaves on the mural, giving it dimensionality. This plays off the light fixture, which has little birds in it. A tepee makes for a fun fort, while a vintage-style table and chairs provide a good spot for playing games, working on a puzzle and, in the future, doing homework.
ACQUIRE
This vignette in the upstairs hallway is a good example of modern farmhouse attitude. The custom bench, made by a Rhode Island artisan, is based on traditional Windsor chair style, but with cleaner lines. “It’s in a fun blue color. I love to take a traditional piece and turn it on its head,” she says.

New clean-lined custom frames on antique botanical prints mix old and new as well. Herringbone is a motif the designer repeated around the house, in this space on the rug.
ACQUIRE
In the master bedroom, her clients wanted a global-inspired look. Dalrymple had their headboard upholstered in a lively pattern. The shell-inlay nightstands have a Moroccan vibe, the indigo throw pillows conjure thoughts of India, and the rug looks as though it could have been picked up in a souk. New mirrors with an antique finish add height, reflect the light and provide a sense of age.

Headboard fabric: Osborne & Little; lamps: Anthropologie
ACQUIRE
The chaise in front of the fireplace is a favorite spot for bedtime stories.

Chaise fabric: Kravet
ACQUIRE
In the master bath, the cabinetry and fixtures had been chosen before Dalrymple joined the project. The designer brought in the herringbone Carrara marble floor, quartz countertops, mirrors and window treatments.
ACQUIRE
“Don’t ignore the ceiling; it’s an important surface,” Dalrymple says. For the 2-year-old daughter’s room, she knew this playful bird pattern would offer a lot of whimsy. A lotus shell chandelier adds mood lighting and more whimsy to the ceiling. They already had the bookcase, ombré curtains and crib from their city home; the designer repurposed them all here, adding a soft mint green to the crib with low-VOC spray paint. A new rug with an abstract pattern brings in lots of color, and a reupholstered French settee provides a cozy spot to read books.

Crib: Land of Nod; wallpaper: Daydream, Hygge & West
ACQUIRE
A bathroom with double sinks connects the girls’ bedrooms. Shaker cabinetry and vintage-style mirrors and sconces bring in the traditional farmhouse look, while tile laid on the diagonal, a patterned Roman shade, thick quartz countertops and polished hardware update the look.
ACQUIRE
In the newborn’s bedroom, drapes with little pink tassels steal the show. Her ceiling also got a special wallpaper treatment, and the chandelier is composed of metal rings and seeded glass beads.

Crib: Ducduc
ACQUIRE
In a hall bath, graduated color on the handmade crackle-glazed tiles provides another ombré effect.
ACQUIRE
The second-floor laundry room’s layout and cabinetry were already planned out when Dalrymple joined the project. She found the schoolhouse pendant light to bring in a farmhouse touch, and a beautiful wallpaper and quartz countertops to keep things fresh.

Even though the family’s new home is a big change from their place in the city, it all came together very well. “This project was easy and seamless because we clicked so much on their other home,” Dalrymple says.

Room of the DayRoom of the Day: Art Deco Tile Dazzles in a Master Bathroom
By Becky Harris
A reconfigured layout creates a pleasing flow, lots of storage and better function
Full Story40

Colorful HomesHouzz Tour: Fun and Color for a New Bungalow
By Camille LeFevre
A new house goes traditional on the outside to match the neighborhood but light, bright and contemporary inside
Full Story70

Before and AftersMy Houzz: Colorado Fixer-Upper Is Reclaimed and Renovated
By Alexandra Crafton
A couple renovate every inch of their new house to create their modern-rustic dream home
Full Story53

Before and AftersMy Houzz: Soothing Blues and Organic Style in a 1912 Fixer-Upper
By Alexandra Crafton
His carpentry skills and her eye for design help a Pacific Northwest couple redo their home on a budget
Full Story164

Laundry RoomsThe Hardworking Laundry: Make Washday Easier
By Laura Gaskill
Get more out of your laundry space and make doing the wash less of a chore with these 10 ideas
Full Story50
Shop Related Categories

Kitchen of the Week: Fresh New Space for a Blended FamilyFull Story

Room of the Day: Art Deco Tile Dazzles in a Master BathroomFull Story

Houzz Tour: Fun and Color for a New BungalowFull Story

My Houzz: Colorado Fixer-Upper Is Reclaimed and RenovatedFull Story 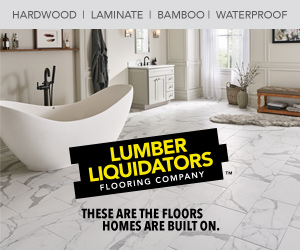